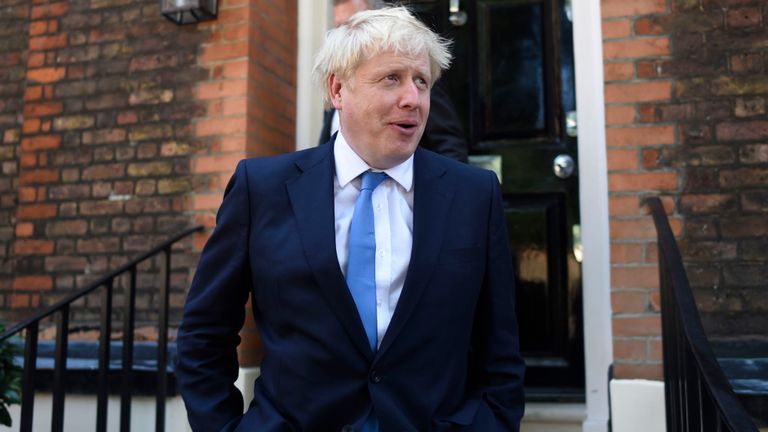 They are continuing to debate and will vote later on amendments, including a Labour proposal to change the date to 9 December.

The prime minister can only hold an election with the support of MPs – who have blocked it three times.

Efforts by opposition MPs to lower the voting age to 16 and allow EU nationals to take part have failed.

Proposed changes to the PM’s early election bill to extend voting rights were not selected for debate by the Deputy Speaker despite enjoying cross-party support.
It removes one major potential obstacle to a pre-Christmas poll as No 10 had said it would abandon the legislation needed for it if the franchise was altered at such a late stage.

One proposed change that will be considered is a call by Labour – backed by the other opposition parties – to hold the poll three days earlier on 9 December.

This, they argue, would ensure that university students are more likely to be able to take part because it would still be in term time.

MPs will vote on this amendment and one calling for the poll to be pushed back to 20 May before being asked to give their final approval to a 12 December poll at about 20:00 GMT. Full Story

Boeing accused of putting profit before safety by Senators

US lawmakers have accused Boeing of engaging in a “pattern of deliberate concealment” as it sought approval for its 737 Max 8 plane to fly.

The accusation came as Boeing chief executive Dennis Muilenburg was quizzed by the Senate Commerce Committee.

Senators said they had serious concerns that Boeing put profits over safety as it rushed to get clearance. Full Story

The death toll from an earthquake in the southern Philippines has risen to seven, officials said, with many more injured.

The victims included a seven-year-old boy and his 44-year-old father who died after they were struck by a boulder, officials told the Reuters news agency. Full Story