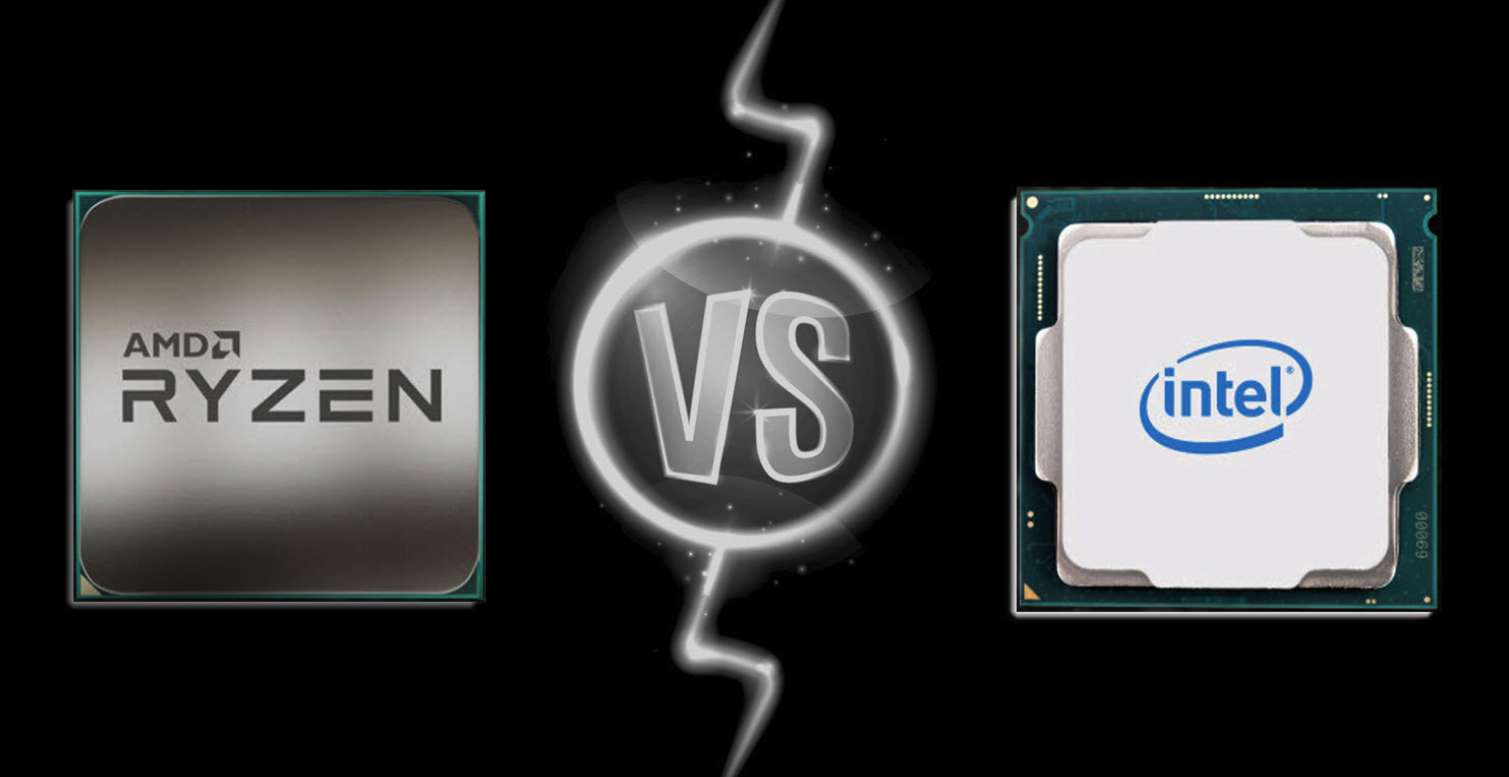 AMD vs Intel; Can AMD maintain its advantage?

“INTC has lost the leadership in process technology, its key differentiation, and it is losing momentum,” he wrote in a research report published Tuesday. “We continue to be more pessimistic about INTC gross margins as its competitive position is eroding and yields for 10nm are likely to depress gross margin in 2H:19.” https://bit.ly/2H7DX7d

Andy Grove was right when he stated the following “Only the Paranoid Survive” It appears those at the helm of Intel have allowed a culture of arrogance to mushroom. To the early bird comes the worm, to the late bird the bullet.

Google the behemoth joins the AMD vs Intel Foray

The relationship between Google and AMD could strengthen further. Google has already chosen them to supply GPUs for its stadia gaming service.  Intel was supposed to provide the chips, but a further chip delay could push Google to build upon this relationship with AMD.  Many analysts also feel that Google could embrace the EPC 2 “Rome” processors that are based on the Zen 2 microarchitecture. Google has millions of servers so this could lead to a nice boost in profits for AMD.  Focus on the word “could” and do not change it for the word “will”; this is the trick analysts employ to con the masses into accepting a false narrative.

What sets these chips apart from Intel’s chips? They incorporate 7nm technology, and each chip can have up to eight smaller 7nm chips inside them, allowing a single EPYC 2 processor to have 64 cores and they will be able to execute 128 threads.  The entire data-centre processing industry is paying close attention to these chips, and if a big player like Google embraces them, the odds are relatively high that a lot of other players will follow suit. No one wants to be left behind especially with AI-based technology gaining traction at a rapid pace.

Patrick Kennedy at ServeTheHome, a publication focused on high-performance computing, and RetiredEngineer on Twitter have both concluded that two Rome CPUs could support 160 PCIe 4.0 lanes. Kennedy even expects there will be an additional PCIe lane per CPU (meaning 129 in a single socket), bringing the total number of lanes in a dual-socket server up to 162, but with the caveat that this additional lane per socket could only be used for the baseboard management controller (or BMC), a vital component of server motherboards… If @RetiredEngineer and ServeTheHome did their math correctly, then Intel has even more serious competition than AMD has let on.

Projections are now being made that AMD could capture 10% of the server market share by 2020, this in our opinion could be a conservative estimate; when the rats start to abandon ship, and they usually stampede instead of slowly crawling out.

TSM appears to be cementing its lead over Intel

TSM said that its 5nm process is already in risk production mode. The company claimed it would offer customers a new level of both performance and power optimisation. Compared to TSMC’s 7nm process, the new process generation promises 1.8 times the logic density, 15% speed gain on an Arm Cortex-A72 core, as well as improved SRAM and analogue area reduction.

The 5nm process generation will be TSMC’s second to use extreme ultraviolet (EUV) lithography, which simplifies the manufacturing process. According to TSMC, the EUV lithography also offers excellent yield learning, allowing the 5nm process to achieve a level of maturity faster than previous TSMC process nodes at the same development stage. The new 5nm process design infrastructure is now available for customers to download from TSMC Online.

TSMC said earlier this year that its 5nm process would be ready for volume production by the end of 2020, which should be well ahead of Intel’s own relatively competitive 7nm process. Apple’s 2020 iPhone chips are expected to use TSMC’s 5nm EUV process. https://bit.ly/2uSQFzO

TSM does not directly compete with INTC, but this debatable as they are leaving INTC behind when it comes to wafer production, but  INTC competitors like AMD can use these developments to leapfrog ahead of INTC even further in the chip design arena. The ball is now in AMD’s court, and if they execute, correctly it could possibly be a game changer for this underdog.

Furthermore, it opens the door for even more competition as new companies can focus exclusively on creating better chips without having to build the facilities to manufacture the wafers.  This is what scalability is all about. INTC is now losing on two fronts; its wafer technology is out-dated as well as its chip technology.

Wei also noted that TSMC’s 7nm chip client portfolio broadening. Originally focused on smartphone applications the 7nm node is now being targeted for chip designs for applications such as HPC and automotive. “Customer tape-outs activities at N7 continue to be strong despite the cautious macro outlook,” Wei said.

At the same time, TSMC executives discussed the introduction of N7+, a second generation of the 7nm production process that makes use of EUV lithography. “Our N7+ yield rate is progressing well and comparable to N7. N7+ volume production is scheduled to begin in the second quarter this year. As I have stated before, we are working with several customers on N7+ to support their second and third wave product designs. https://bit.ly/2IVhkFd

The crowd follows those it believes to be the leader; if the perception of leadership is challenged the leader’s image suffers irreparable damage over the short to intermediate time frames. The former leader has to move fast to contain the damage, if not the damage is usually permanent.

Even minnows are now attempting to take on INTC:

Rene James, the former number two at Intel, currently heads a start-up called Ampere that is going after Intel’s dominant Server chip business. Her exact words “It’s a once-in-a-50-year situation,” but here’s the rub, it is using TSM to build those chips, and it has already produced data centre chips that have been selected by Lenovo and a few other server-based companies.  This is probably the very start of a new megatrend; time will tell how fast this trend gathers traction.

While Amazon is using AMD’s chips, it is also designing its own chip called the Graviton, and it would never have managed this without TSM capabilities.  AMZN is the largest cloud company in the world, so that’s another thorn for Intel; a price war is brewing which will further erode Intel’s margins as it struggles to hold onto market share.  Therefore it is possible that INTC could lose up 20% of its current market share to its competitors and possibly more if the masses think nothing is being done to address its shortfalls.  There is still time for Intel to remedy the situation (taking a long term view), but it needs to start acting decisively soon.

Can we state with certainty that AMD and TSM have won the battle?

If you start off with the wrong premise no matter how hard you try the answer will be wrong.  AMD does not have its own Fabs, which means its at the mercy of TSM. TSM could start to charge AMD whatever it wants (in theory), and this would affect AMD’s bottom line. In the end, the relationship between AMD and TSM is one in which TSM holds all the crucial cards for now; designing great chips means nothing if you do not control the means of production.

The real story is the battle between TSM and Intel and in that arena, TSM is leading for now, and if the US government does not start to support essential players as is the case in China, then this could mark a turning point.  While TSM is a Taiwanese company, China has its hands in that pie too, and you will see why as we the article below addresses this issue.

TSM vs INTC Appears  To Be The Real Issue

If TSM remains the dominant player, then sooner or later this technology is going to make its way to China.  China’s government supports key industries, semiconductor’s, 5G, etc. and this is what is enabling them to advance at such a rapid pace. Unless The US starts to take a similar stance, it is just a matter of time before China wins the 5g wars (which it appears to have won already as Huawei so far has the best 5g hardware on the market) and the semiconductor wars.  China is already poaching talent from TSM and other Taiwanese chip based companies at a rapid clip.

Throughout this article, we used the word could, and might several times, we could have easily opted for the word “will” or something more forceful, but injecting emotions into the game plan is a sure fire way to guarantee a loss. Every situation should be treated in the same way; examine the data in a cool, calm and rational manner.