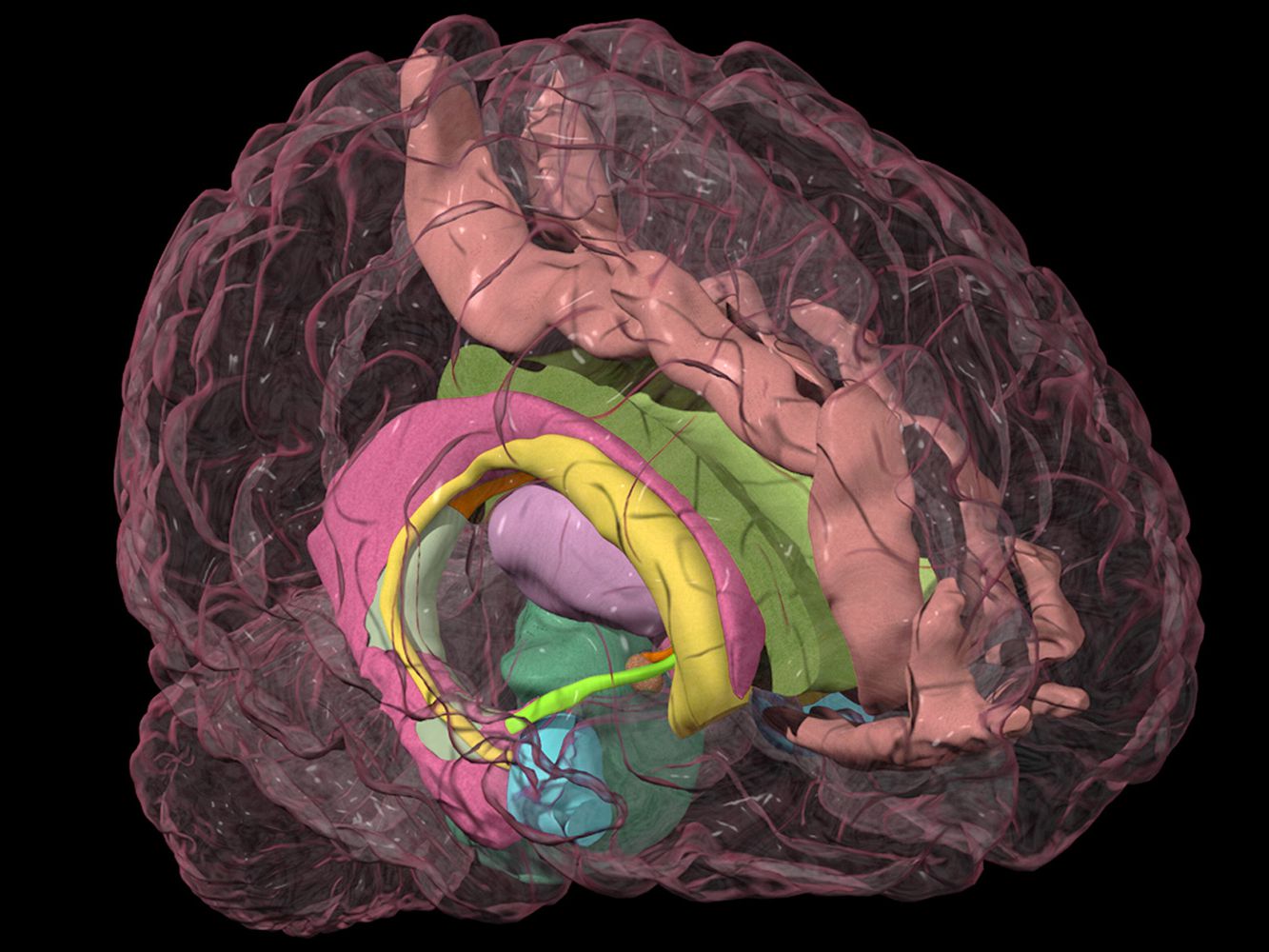 What part of the brain controls emotions: However, the biggest threat is going to be a system that directly stimulates the parts of the brain that control pleasure. It’s going to be the most addictive drug on the planet, and it will be (totally)legal and the masters will control the masses like never before. The excerpts posted from an insightful article will save us time and give you a clue as to what lies in store for the masses in the future.

In the 1950s, the psychologists James Olds and Peter Milner modified the chamber so that a lever press would deliver direct brain stimulation through deep implanted electrodes. What resulted was perhaps the most dramatic experiment in the history of behavioral neuroscience: Rats would press the lever as many as 7,000 times per hour to stimulate their brains. This was a pleasure center, a reward circuit, the activation of which was much more powerful than any natural stimulus.

Focus on the last part of the above sentence and on the paragraph below, for it highlights the power of pleasure to overrule everything.  Humans will do whatever is deemed necessary in order to gain access to a machine that provides this level of pleasure and in doing so they will sign whatever document has to be signed giving up whatever little privacy they desperately cling onto today.

Self-stimulating male rats would ignore a female in heat and would repeatedly cross foot-shock-delivering floor grids to reach the lever. Female rats would abandon their newborn nursing pups to continually press the lever. Some rats would self-stimulate as often as 2000 times per hour for 24 hours, to the exclusion of all other activities. They had to be unhooked from the apparatus to prevent death by self-starvation. Pressing that lever became their entire world.

And so Patient B-19, a 24-year-old male homosexual of average intelligence who suffered from depression and obsessive-compulsive tendencies, was wheeled into the operating room. Electrodes were implanted at nine different sites in deep regions of his brain, and three months were allowed to pass after the surgery to allow for healing. Initially stimulation was delivered to all nine electrodes in turn. However, only the electrode implanted in the septum produced pleasurable sensations. When Patient B-19 was finally allowed free access to the stimulator, he quickly began mashing the button like an 8-year-old playing Donkey Kong. According to the paper,

“During these sessions, B-19 stimulated himself to a point that, both behaviorally and introspectively, he was experiencing an almost overwhelming euphoria and elation and had to be disconnected despite his vigorous protests.”

Lest anyone think that it is only men — creatures of inherently base urges — who would respond in this manner, another recorded case, performed by a different group, involved a woman who received an electrode implant in her thalamus, an adjacent deep brain structure, to control chronic pain. This technique has proven effective for some patients whose severe pain is not well-controlled by drugs. However, in this patient the stimulation spread to nearby brain structures, producing an intense pleasurable and sexual feeling:

“At its most frequent, the patient self-stimulated throughout the day, neglecting her personal hygiene and family commitments. A chronic ulceration developed at the tip of the finger used to adjust the amplitude dial and she frequently tampered with the device in an effort to increase the stimulation amplitude. At times she implored her family to limit her access to the stimulator, each time demanding its return after a short hiatus.”

So, not to put too fine a point on it, these patients responded just like Olds and Milner’s rats. Given the chance, they would stimulate their pleasure circuits to the exclusion of all else. You can read the full story by copying and pasting the link in your browser. http://bit.ly/2QfseXT

Brain Control With An AI interface

The new models will be run with AI programs monitoring to see which dosage is the most effective and what part of the brain can be stimulated the most and finally what stimulation makes you more susceptible to manipulation. People will willingly sign the contract without reading them.  The average person will be hooked on the spot and just to make things appear fair, almost everyone will be given a free 30-60 day money-back guarantee, but 90% will not need more than 1 hour to make up their minds. They will sign whatever disclaimer is needed to get the pleasure they seek.

Social media was the first step of this experiment, as it has been shown that social media leads to increase secretion of dopamine. It’s a vicious cycle. More dopamine release creates the need for even more stimulation, and that is why so many people are addicted to their smartphones.  Nature seems to have hardwired our brains to react to a host of factors that have a direct effect on the pleasure centres of the brain, from crack to wine, from sex to meditation and the list goes on.

The easiest individuals to manipulate are the ones that wear their emotions on their sleeves. Makes us wonder if this whole Alt-right and Alt-left setup act is just the prelude to the main act. What a way to end all things by offering a solution to heal the massive fissures created as a result of the polarisation wars.  Food for thought.

Additional research illustrates how powerful the urge to experience “pleasure” is in animals and by default, humans and why the big players want to alienate individuals and why communities are dying.  A sense of belonging to a group or community helps one deal with, and overcome such types of addictions.

With No Sense of Belonging Pleasure Impulses Increase

Alexander’s experiments, in the 1970s, have come to be called the “Rat Park.1 Researchers had already proved that when rats were placed in a cage, all alone, with no other community of rats, and offered two water bottles—one filled with water and the other with heroin or cocaine—the rats would repetitively drink from the drug-laced bottles until they all overdosed and died. Like pigeons pressing a pleasure lever, they were relentless, until their bodies and brains were overcome, and they died.

But Alexander wondered: is this about the drug or might it be related to the setting they were in? To test his hypothesis, he put rats in “rat parks,” where they were among others and free to roam and play, to socialize and to have sex. And they were given the same access to the same two types of drug-laced bottles. When inhabiting a “rat park,” they remarkably preferred the plain water. Even when they did imbibe from the drug-filled bottle, they did so intermittently, not obsessively, and never overdosed. A social community beat the power of drug. http://bit.ly/2PPrwBs

What part of the brain controls emotions?

The brain is a very complex organ. It controls and coordinates everything from the movement of your fingers to your heart rate. The brain also plays a crucial role in how you control and process your emotions.

Experts still have a lot of questions about the brain’s role in a range of emotions, but they’ve pinpointed the origins of some common ones, including fear, anger, happiness, and love.

Read on to learn more about what part of the brain controls emotions.

Where do emotions come from?
The limbic system is a group of interconnected structures located deep within the brain. It’s the part of the brain that’s responsible for behavioral and emotional responses.

Scientists haven’t reached an agreement about the full list of structures that make up the limbic system, but the following structures are generally accepted as part of the group:

Hypothalamus. In addition to controlling emotional responses, the hypothalamus is also involved in sexual responses, hormone release, and regulating body temperature.
Hippocampus. The hippocampus helps preserve and retrieve memories. It also plays a role in how you understand the spatial dimensions of your environment.
Amygdala. The amygdala helps coordinate responses to things in your environment, especially those that trigger an emotional response. This structure plays an important role in fear and anger.
Limbic cortex. This part contains two structures, the cingulate gyrus and the parahippocampal gyrus. Together, they impact mood, motivation, and judgement. Full Story

What part of the brain controls emotions?

We are emotional beings. From happiness to sadness, fear, anger, love, and everything in between.

These feelings seem to happen automatically and sometimes feel outside the realm of our control. But emotions are very much a mental process.

Have you ever thought about what part of the brain controls emotions?

We know all about the brain centers that control breathing, balance, and speech.

But what the less tangible aspects of our behavior? What about our emotions?

Here’s all you need to know about what part of the brain controls emotions.
The prefrontal cortex is responsible for planning future action.

So if you thought about robbing a bank, your prefrontal cortex would help you process the idea and connect it to an appropriate emotional response.

Your emotional response is generated in the amygdala. Feelings of anxiety and fear would likely motivate you to change your mind.

If the amygdala is damaged, you lose control of base impulses. In fact, you may even begin to act in an inappropriate way. Disinhibited behavior, hypersexuality, and risk-taking are behavioral consequences of a damaged amygdala.