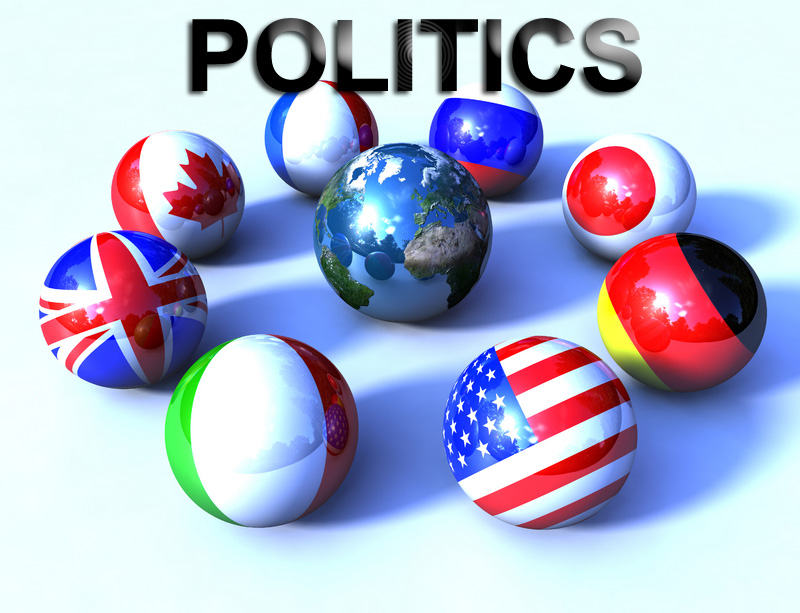 U.S. and other Western scientists voice awe, and even alarm, at China’s quickening advances and spending on quantum communications and computing, revolutionary technologies that could give a huge military and commercial advantage to the nation that conquers them. The concerns echo — although to a lesser degree — the shock in the West six decades ago when the Soviets launched the Sputnik satellite, sparking a space race. In quick succession, China in recent months has utilized a quantum satellite to transmit ultra-secure data, inaugurated a 1,243-mile quantum link between Shanghai and Beijing, and announced a $10 billion quantum computing center. “To me, what is alarming is the level of coordination of what they’ve done,” said Christopher Monroe, a physicist and pioneer in quantum communication at the University of Maryland. Full Story

Another confirmation that China is destined to be new the powerhouse and will probably hold this title for over 100 years after it moves to the top spot. China has focussed on developing trade; their second focus has been their military as they are primarily merchants at heart. They are going to win this battle for one reason; at the end of the day, they are going to have the biggest purse. As the saying goes “money talks and BS walks.”

Chinese President Xi Jinping used a meeting with Facebook Inc. founder Mark Zuckerberg and Apple Inc. CEO Tim Cook to announce that his nation is embarking on reform with “unprecedented determination and vigor.”

Less than a week into his second five-year term at the helm of the world’s second-largest economy, Xi’s remarks may underscore a shift toward loosening of restrictions on doing business in China. The nation is “willing to work with the U.S.,” Xi said, according to an official Xinhua report, adding that he’s looking forward to President Donald Trump’s visit next week.

Though use of Facebook’s social networking platform is blocked in China, the leadership from Xi down have increased pledges to open up to foreign companies across the economy. Xi was speaking at an event with overseas members of the Tsinghua University School of Economics and Management advisory board on Monday.

“China is willing to work with the US, to take a long-term perspective, care for each other’s mutual interests, and appropriately handle disagreements and contradictions,” Xi said. “We have an optimistic attitude toward the prospects for China-U.S. relations.” Full Story

This is the trend we have been speaking off for a while and which we just addressed in the last interim update. Asia led by China will move and more towards the direction of free markets and freedom, while the US will and the West will seek to restrain the populace.

The New Silk Road will go through Syria

Take what happened this past Sunday in Beijing. The China-Arab Exchange Association and the Syrian Embassy organized a Syria Day Expo crammed with hundreds of Chinese specialists in infrastructure investment. It was a sort of mini-gathering of the Asia Infrastructure Investment Bank (AIIB), billed as “The First Project Matchmaking Fair for Syria Reconstruction”.

And there will be serious follow-ups: a Syria Reconstruction Expo; the 59th Damascus International Fair next month, where around 30 Arab and foreign nations will be represented; and the China-Arab States Expo in Yinchuan, Ningxia Hui province, in September.

Amid the proverbial doom and gloom pervading all things Syria, the slings and arrows of outrageous fortune sometimes yield, well, good fortune.

Take what happened this past Sunday in Beijing. The China-Arab Exchange Association and the Syrian Embassy organized a Syria Day Expo crammed with hundreds of Chinese specialists in infrastructure investment. It was a sort of mini-gathering of the Asia Infrastructure Investment Bank (AIIB), billed as “The First Project Matchmaking Fair for Syria Reconstruction”.

And there will be serious follow-ups: a Syria Reconstruction Expo; the 59th Damascus International Fair next month, where around 30 Arab and foreign nations will be represented; and the China-Arab States Expo in Yinchuan, Ningxia Hui province, in September.

Qin Yong, deputy chairman of the China-Arab Exchange Association, announced that Beijing plans to invest $2 billion in an industrial park in Syria for 150 Chinese companies.

Nothing would make more sense. Before the tragic Syrian proxy war, Syrian merchants were already incredibly active in the small-goods Silk Road between Yiwu and the Levant. The Chinese don’t forget that Syria controlled overland access to both Europe and Africa in ancient Silk Road times when, after the desert crossing via Palmyra, goods reached the Mediterranean on their way to Rome. After the demise of Palmyra, a secondary road followed the Euphrates upstream and then through Aleppo and Antioch.

Beijing always plans years ahead. And the government in Damascus is implicated at the highest levels. So, it’s not an accident that Syrian Ambassador to China Imad Moustapha had to come up with the clincher: China, Russia and Iran will have priority over anyone else for all infrastructure investment and reconstruction projects when the war is over. Full Story

Read this story in Detail for it provides some of the reasons of why America has lost its place in the Middle East and why Syria was Russia’s red line in the sand.  Most importantly, it reveals how strong the relationship between China and Russia is and why these two nations are set to dominate the world stage for decades to come.

Bull and Bear 2019: Which one is the winner?
Buffett Indicator Is Predicting a Stock Market Crash: Pure Nonsense
Experts Are Not Smart Enough to Spot Stock Market Crash 2017
Bear Market nonsense: Experts want you to think Markets are Going to Crash
Identifying Market Trends
What Every Investor Should Know about the Dow Theory?
Corrections or Crashes?
Bitcoin Crash Chart
Dow 22K Predicted In July 2017; Next Target Dow 30k?
Stock Market Crash Of 1929
Nothing about 1987 stock market crash anniversary
US Dollar Finally Hit Bottom?