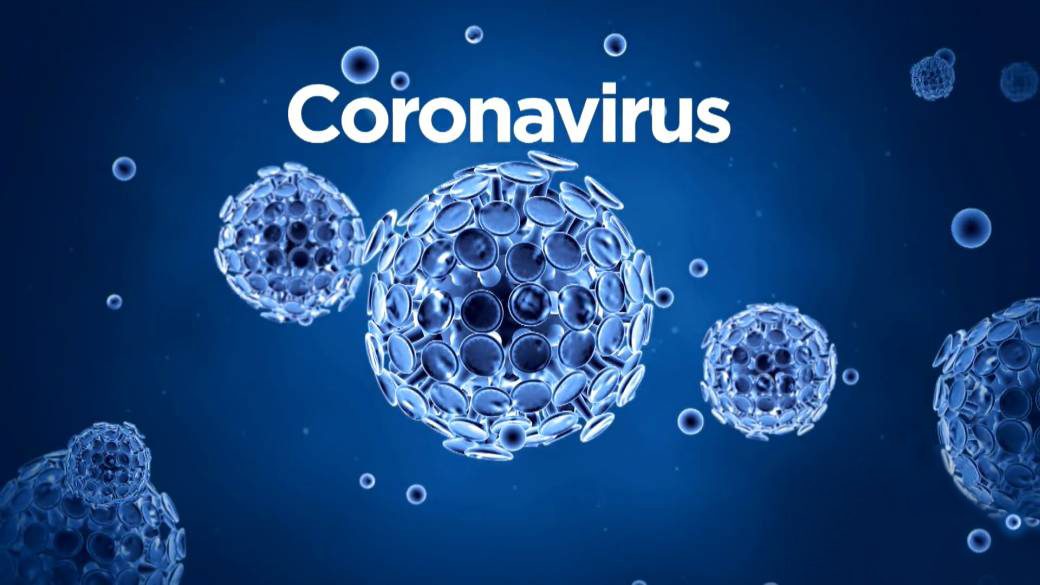 Coronavirus: Is it time to panic?

The Coronavirus issue is going to be blown out of all proportions and it will be made to look like the mother of all pandemics. In fact, we are seeing individuals that are not qualified to make projections on the rate this virus will spread, stating that millions upon millions will be affected. This could be true, but most of the experts making these proclamations have no background in biology or virology; their main qualification is that they have a PhD in BS.

We feel this is a test by the big players that control most of the media outlets to see how far the truth can be stretched and so far it’s working marvellously. It is estimated that eight corporations control the bulk of the media in the US.

Now people are being checked with thermometers to see if their temp is above normal and an above-normal temperature has now become the litmus test for the Coronavirus; voodoo science at its best. This is one of the most retarded medical tests of all time, but no one seems to notice; a real-life depiction of “Pluto’s Allegory of the cave”.

Statistics from the CDC

In comparison to the flu virus, the Coronavirus has caused a minimal amount of damage yet it has received 100X more coverage than the flu virus, which resulted in 34.200 deaths (and only US data is being used); the current death toll of the Coronavirus stands at 1113 (based on the latest data).  It’s no laughing matter, but it still pales in comparison to those caused by the flu.

Worldwide, tobacco use causes more than 7 million deaths per year.2 If the pattern of smoking all over the globe doesn’t change, more than 8 million people a year will die from diseases related to tobacco use by 2030. http://bit.ly/2wcEl1s

Coronavirus and the boy who cried wolf

We feel the technique being used here is the one that comes from the story “the boy who cried wolf” from Aesop’s Fables.  The idea here we think is to push the crowd to the edge over a situation that while troublesome is not as bad as it is being made out to be. When the masses discover this, they won’t be too happy so the next time it happens, they won’t react in the same manner as the assumption will be “this is a big fuss over nothing” and that is precisely when things will run amok.  For the record, we hope we are wrong.

At some point in time, something is bound to occur as humans are destroying this planet at an unprecedented rate. If any other creature took the same path, it would be labelled a virus, but “humans” are the so-called chosen ones so they can do whatever they see fit to do.

The equation must balance, and it always does; it just a question of time. However, time is also the only teacher that kills all its students without fail. This discussion is beyond the scope of this publication, so we will stop here.

The markets were extremely overbought

Hence we feel that everyone, including individuals we once thought based their ideas on logic, are pushing out information with one goal in mind; they want to create a stampede, and they succeeded as the masses always fall for the same ploy. The mass mindset refuses to look at the data in a cool manner after the seeds of doubt are implanted; it’s just a matter of time before the crowd cracks and gives in to far-fetched scenarios

There is always one backbreaking correction before the end of the bull market as this bull market is extremely unusual in terms of its duration, it will likely experience two such events before dying of old age. The current correction could fall under the backbreaking category. The coronavirus is just the trigger for such an event. If it were not the coronavirus, some other event would have been found to justify the correction.

What’s going to happen now is that the masses will panic and regret it when the markets recoup. However, they will then falsely assume that the next mega correction will follow the same path, and when its time to bail out, they will continue to buy, and we all know what happens after that. At a certain point, buy the dip does not work, and that point is reached when the masses turn euphoria.

Backbreaking corrections are always painful; hence the term backbreaking; however, unlike the old days, one can’t tell which correction will turn into the backbreaking event. Look at how many times the market conned the bears over the past ten years into shorting and 90% of those shorts turned to massive losses as the market reversed course just as fast.

Even if you have one big home run, it will not cover the 90% lose rate, and more importantly, we doubt that most of the bears had the staying power to hang in there until their bets paid off. The markets are controlled by machines now, and these machines are programmed to start selling when specific targets are hit, and one selloff selling triggers another set of selling until the cycle ends. The cycle will end, and the markets will rise for no bull market has ended on a note of uncertainty.  However, keep in mind these machines are programmed by humans; hence, the only difference now is that instead of humans pressing the sell button, machines are doing it.

The media will push massive stories now talking about the upcoming bear market, ignore this noise and focus on one event; the masses were not euphoric when the markets started selling off.

Now try to spot the great depression, Black Monday.etc.  Every one of this end of the world events proved to be a buying opportunity, and that includes the notorious crash of 2008, which proved to the mother of all buying opportunities. If you look at all those “end of the world” events closely, they are blips in an otherwise massive upward trend.

There are always going to be days, weeks and sometimes months when the markets are down, but ultimately the market has trended in one direction and that is “up”. Massive fortunes were made by viewing these disaster type events through a bullish lens.  We also have Mass Psychology and the Trend Indicator on our side, both of which indicate that this downtrend at most could turn out be the backbreaking correction we spoke of recently. Every Bull Market experiences at least one and 90% of the traders falsely assume that this event marks the beginning of an extended bearish trend.

The markets always return to the mean and hence the saying the greater the deviation from the mean the better the opportunity. History clearly illustrates that ultimately, the market trends in one direction only (up).

Don’t Fall For This Rubbish

The guys predicting the demise of the world will have to crawl under the rock they emerged from when this incident passes away as has been the case with all the previous end of the world scenarios. The current pullback/crash should be viewed through a bullish lens for the long term trader.

This could prove to be a fantastic buying opportunity for traders willing to take a risk. Don’t focus on the short term but on the long term, history indicates that the markets have an uncanny ability to trend upwards. Bears that have been beating the markets will crash have a dismal long term record. Markets trend upwards once the dust settles and this time will prove to be no different

Take a look at how many people die a day from other causes and the flu http://bit.ly/32wVaQA

Stocks Surge as Central Banks Vow to Act on Coronavirus

Stocks surged in the final minutes of trading on Monday, snapping back from one of the worst weeks for global markets since the 2008 financial crisis as investors seized on promises that the world’s governments would step in to help if the global economy was slammed by the outbreak of the coronavirus.

The S&P 500 jumped 4.6 percent, the biggest single-day leap since late December 2018. The rally followed news that central bankers from the world’s biggest economies would join a conference call with Group of 7 finance ministers on Tuesday to discuss a response to the outbreak, fueling expectations among investors that governments might lower interest rates in tandem.

“It has already stoked expectations of a coordinated cut,” Roberto Perli, a former Fed researcher who is now an economist at Cornerstone Macro, said in an email. “If it doesn’t happen, it will only add to market volatility.”

But Mr. Perli did not see it as a sign that a simultaneous cut with other global central banks was necessarily coming. Nor did Seth Carpenter, another former Fed researcher, now at UBS. “The rally in equities today has perversely probably made it easier for the Fed to sit back and wait to see what happens,” he said in an email. Full Story

The Stock Market Might Not Reflect the Full Impact of Coronavirus

Although China said last Friday that half of major industrial firms in Guangdong, Jiangsu, and Shanghai were back to work after the coronavirus quarantine, Gavekal Research analyst Andrew Batson notes few are operating at capacity. Batson examined traffic congestion in China’s largest wealthiest cities, coal use at six major power producers, and property sales volumes across 30 major Chinese cities. While each measure has stabilized after plummeting since mid-January, all remain significantly depressed.

Batson’s findings suggest the impact of the coronavirus outbreak is far from priced into financial markets, meaning stocks could have further to fall after Monday’s brutal selloff.

So far this week the S&P 500 has tumbled 4.4%, erasing this year’s gains and leaving the index down 1.2% on the year. The Dow Jones Industrial Average, meanwhile, has dropped 4.4% and is down 3% this year. The turmoil began Monday following news over the weekend that the virus is spreading beyond China. A surge of cases were reported in South Korea, Iran and Italy. The World Health Organization said in its latest update Monday that outside of China, there were 2074 cases of coronavirus and 23 deaths in 28 countries.

The economy as a whole still looks to be operating at less than half of normal capacity, Batson says, adding that although those figures should continue to pick up, “a full return to normal still awaits a definitive all-clear signal.” Full Story

Financial markets around the globe slumped on Monday as news of the Italian coronavirus outbreak wiped £62bn off the value of the FTSE 100 and shares on Wall Street tumbled.

Shares came under heavy selling pressure in key markets as analysts warned that the threat of tougher quarantine measures outside China to prevent the spread of the disease would hit company profits by hitting supply chains and consumer demand. Investors rushed to buy “safe haven” investments such as gold to protect against steep losses on the stock markets, sending the price of the precious metal to a seven-year high of $1,683 (£1,303) an ounce.

US stock markets had their worst day in two years. The Dow Jones Industrial Average fell by over 1,000 points, or about 3%, in New York as investors in the world’s largest economy priced in the possibility of a deeper global economic shock.

In a note to investors Goldman Sachs cut its US growth forecast from 1.4% to just 1.2% for the first quarter. “An increasing amount of companies [are] suggesting potential production cuts should supply chain disruptions persist into Q2 or later,” wrote Jan Hatzius, Goldman’s chief US economist

The FTSE 100 index in London lost 247 points to 7,156.83, a 3.3% drop and its worst worst percentage fall since January 2016. Among the worst-hit stocks on the list of the UK’s biggest public companies was the budget airline easyJet, which lost £1bn in value as the stock fell by more than 16%. Full Story