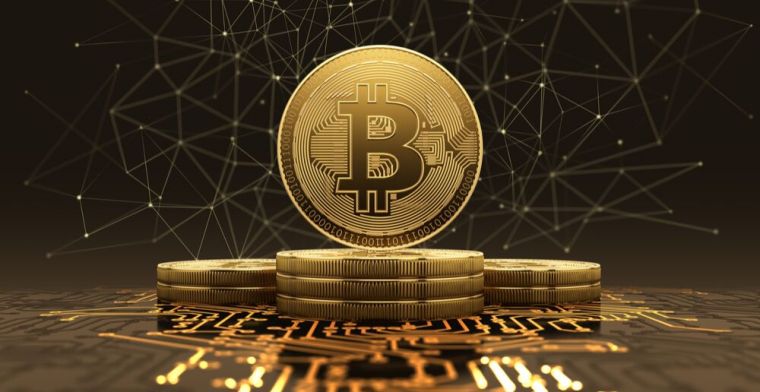 The dot.com mania underwent a backbreaking correction before the market blasted off and topped out at the end of 1999. The image above illustrates that Bitcoin also experienced such a correction, but because of the large follow through move it appears to be nothing but a blip. Consider that from a high of 2977 (June 10, 2017); it dropped to a low of 1808 set on the 15th of July 2017; it shed roughly 40% in that short period (illustrated by the green box). Everyone knows what followed.

Misery loves company, but it tends to Pay’s very poorly in the long run
It looks grim, the media is pumping end of the world type scenarios, strong bulls are showing signs of weakness, and even contrarian investors are starting to break. Pure contrarians are smarter than the masses, but they do have flaws; the smartest investors are the ones that put the principles of mass psychology into play. They observe the mass mindset, and they understand that even when fear starts to creep into the equation, they are compelled to ask this question: Was the crowd in a state of euphoria when the market topped out? If the answer is “no”, then no matter how terrible the picture might look, the end game is that the crowd is being set up for a false downward move. And the normal response would “why”. Simple answer, this is an advanced form of Pavlovian training.

The Bitcoin crash was like the Tulip Bubble, it was a scam from the beginning. The ones that made the money were the ones that got in first, the ones that got in late were handed their heads on a stinky tin platter. Never get into an investment when the masses are euphoric, buy when there is blood in the streets and vice versa.

Pavlovian Type Training Is Being Used On The Masses
When the market does put in a bottom after experiencing a backbreaking correction, and then goes on to mount a powerful rally; the crowd imprints the following data in their minds. Buy the pullback, because it is a fake trap to drive us out; they also start to believe in the following mantra “the stronger the pullback, the better the opportunity”. Next time when the Market puts in a top, bullish sentiment will remain unusually high, and that will be the warning to students of Mass Psychology that the real skull crushing correction is on its way. Again, we point you in the direction of the not too distant Bitcoin spectacular bull market and the equally spectacular crash. From low to high Bitcoin tacked on 11,000% in gains and the masses still assumed that the only direction it could trade was up. When it topped the Bitcoin crowd was beyond ecstatic.

As for whether the bitcoin crash is over, we believe that one should wait a bit longer before jumping in and for all intents and purposes, Bitcoin is highly unlikely to test the 20,000 ranges for a very long time. On the downside, bitcoin is likely to test the 3000 ranges with a possible overshoot to the 2,500 ranges before a meaningful bottom takes hold. At this point in time, there are many other stocks that look interesting and far more attractive than bitcoin, for example, PG, MRK, TCEHY, etc

So, you’ve heard about Bitcoin and you want to invest…
You’re not the only one! Bitcoin has been one of the best investments you could have made in the last 5 years. People are still using it to make a lot of money, in many different ways.
In this guide, I will teach you the history of Bitcoin, the future of Bitcoin and how to understand what goes into a Bitcoin price prediction. We will look at predictions for different years, including the Bitcoin price prediction 2019. I will answer the questions that are on everybody’s minds, like “Will Bitcoin crash?” and “Why is Bitcoin rising?”.
Understanding how to predict and invest is the first step to building a successful portfolio. However, with all investments, there are risks involved. So, you should always speak to a financial advisor before making any major decisions. Before going to Bitcoin price prediction, let’s go back a little to the basics. I assume, as you are reading this guide, you must have heard of Bitcoin. Bitcoin is the world’s first digital currency and it has been very popular over the last year! A lot of people have made large profits by buying Bitcoin for a low price and then selling it for a high price.
Confused? Well, let me explain.
Bitcoin is a currency, just like US Dollars, Japanese Yen or British Pounds. It can be bought, sold and exchanged for goods and services. Full Story

Is Now The Time to Buy Bitcoin? The 2019 Edition

Many investors are still hesitant about Bitcoin ending the bearish period, despite Bitcoin’s recent consolidation price action and market fundamentals looking strong
How will you know if it’s the time to buy Bitcoin? In this article we’ll present signs that may indicate on an end to the current bear market.
Timing the market is almost impossible – meet the DCA option.
Most experienced traders know that markets are primarily driven by emotions, and the key to cracking them is understanding the market psychology as well as being able to interpret technical analysis and chart fundamentals.

Despite this public knowledge, many of us still fall into the same traps that cause us to either lose money or miss out on significant investment opportunities. This is not just limited to Bitcoin and crypto.

The current sentiment around the crypto markets indicates that the majority may be falling for yet another emotionally driven trap.

Ironically, people rushed to buy Bitcoin when it first hit $10,000 and $15,000 in late 2017, yet now when the price is around the mid $3K range (discount of over 80% from the all-time high), there is steady progress and strong market fundamentals, buyers seem to be more hesitant than ever about entering the market and buying Bitcoin.

Perhaps it’s the fear of being yet another victim of the market crashes we’ve seen during the 2018 bear market, or the constant negative messaging led by the mainstream media insisting that ‘Bitcoin is dead’ or a ‘pyramid scheme’. Full Story

Bitcoin is in the middle of a sustained recovery and investors should use recent weakness to buy more, according to Fundstrat technical strategist Robert Sluymer. The largest cryptocurrency climbed to its highest since November.

“Use pending pullbacks to continue accumulating Bitcoin in the second quarter in anticipation of a second-half rally through ~6,000 resistance,” Sluymer wrote in a note May 2. He sees Bitcoin’s rebound from its 200-week moving average and breakout from its first-quarter trading range as “the early stage of a longer-term recovery developing.”
Bitcoin advanced as much as 7.2 percent to $5,795.50 as of 9:33 a.m. in New York, according to Bloomberg composite pricing. The 55 percent jump in 2019 has helped pull rival tokens higher. Litecoin has soared more than two-fold.

Adding to the overall optimism Friday was a Wall Street Journal report that Facebook Inc. is reaching out to financial companies and online merchants to help launch a cryptocurrency-based payments system tied to the social network.
Sluymer warned in mid-November, when Bitcoin was trading around $5,500, that the asset had suffered “significant technical damage” that could take months to repair. Over the next several weeks, Bitcoin slid to as low as $3,136.04. In February, Sluymer cautioned that the technical position in the crypto space was still weak. Bitcoin didn’t recover the $5,000 level until early April.

Fundstrat was an early mover in analyzing cryptocurrencies and developed its own indexes. And Sluymer’s colleague, Fundstrat co-founder Tom Lee, is regarded as a Bitcoin bull. Full Story