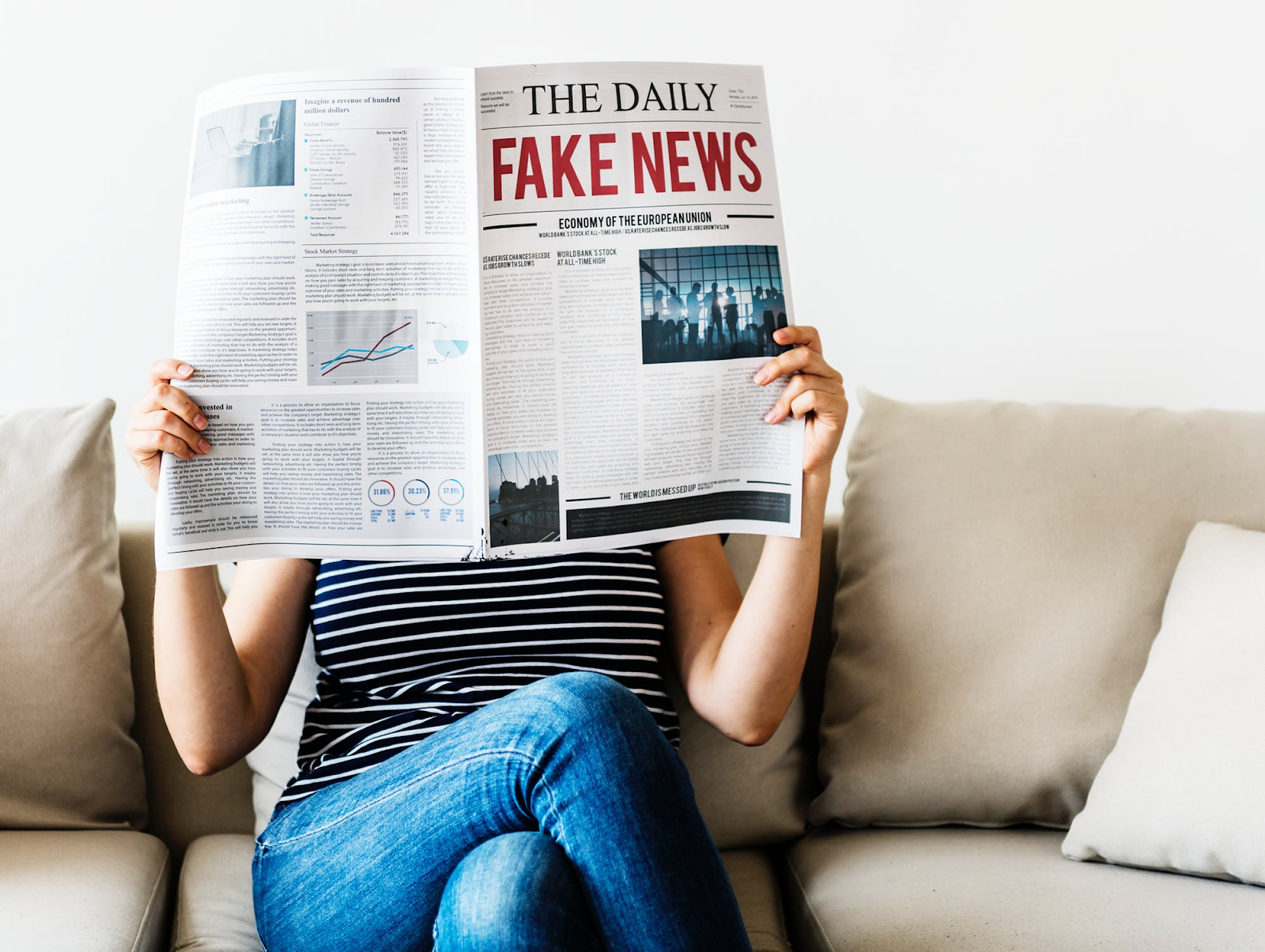 Have you ever heard or seen the press push good news and that begs the question why?  Fear sells, and everyone is using fear as the tool to manipulate the masses.  It is the oldest trick in the books, but unfortunately, it works like a charm.  The so-called Trending Now News concept is just another ploy to make garbage somewhat platable.
Once you realise the ploy, it is easy to deal with the issue. How do you recognise the ruse, the best way is to stop watching TV. For example, I cut the cord roughly 10 years ago. I am always asked if I have a smart TV, and I respond with “yes it’s brilliant” because it keeps its mouth shut most of the time.   When you stop watching the news which is nothing but gossip on steroids, one finds out that nothing has changed. That’s when the realisation sinks in that today’s news has, and will always be an avenue for the best gossipers to turn garbage into sensational headlines. The news is worse than “toilet paper”; at least toilet paper is good for one swipe, one can’t lay the same claim to today’s news. 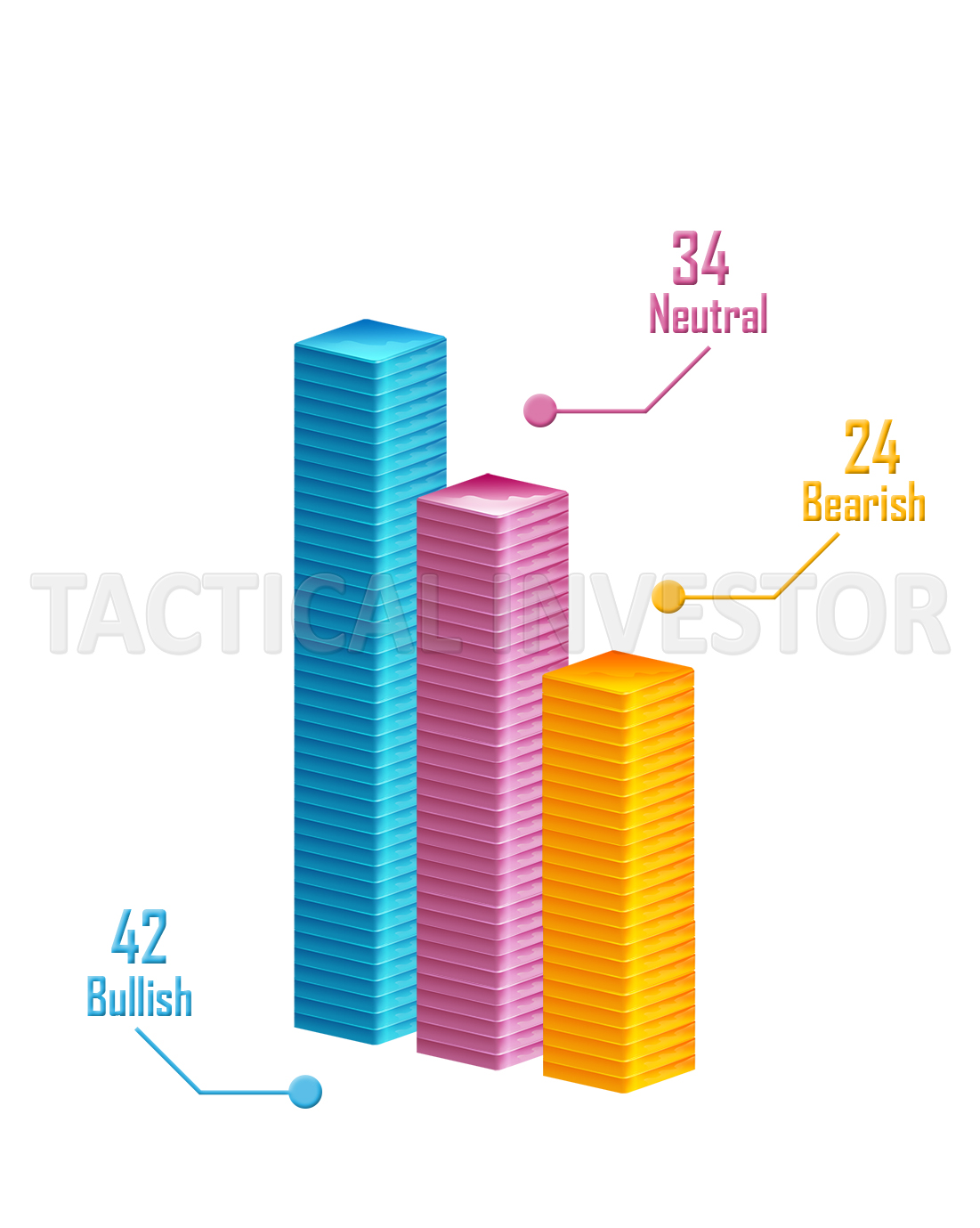 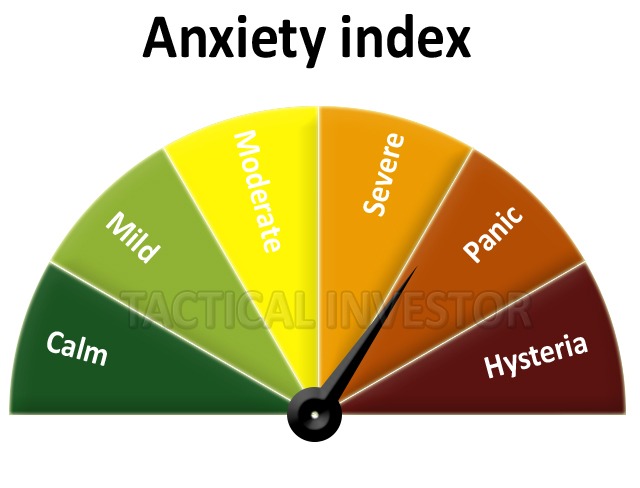 The media is going to continue to weaponise the news. Be prepared for fantasy claims regarding Brexit, the trade war with China, and any other factor that can be spun.   Ridiculous claims that make no sense will be used to try to push the fear factor higher; once again the best solution is to just ignore what the media is pushing and focus on the trend.
The “silver lining” is that fear of the unknown increases the “uncertainty factor” and in doing so breathes even more life into this bull market. Until the Masses embrace this bull, this mad bull is unlikely to die.  The logical path based on the news is to panic, the illogical path is to ignore. Logic works when it’s based on reality, but fear is not based on reality, it’s based on a perception of what “could” happen. If you start to fantasize over what could, would, and should happen, one cannot focus on the trend.  Ignore the noise and focus on the trend.

Despite the fact, that the DOW is dangerously close to testing its old highs, there are too many traders sitting on the sidelines waiting for the markets to pull back.  For almost this entire year, the number of individuals in the neutral camp has exceeded the individuals in the Bearish and Bullish camps.  Neutrality equates to uncertainty and uncertain individuals are the 1st ones to panic.

These chaps will react the same way they have always reacted in the past when the markets do pullback, they will panic and flee for the hills and the whole process of waiting for the next pullback will start over again. In the end, these guys worry about everything but never focus on the main issue, which is to make money in the markets. The only way to make money in the markets is to be in it; as the say, the rest is just noise. Hence there is a very good chance that the next pullback could push neutral readings to the 50% mark. Every time this has occurred (since the inception of this bull market), the markets recouped their losses and then surged to new highs.

The weekly charts illustrate that the Dow is now trading in the overbought ranges; it still has a bit of room before it moves into the extremely overbought zone.  On the monthly charts the MACD’s have still not experienced a bullish crossover; until they do there is always a chance that the markets could experience a stronger than expected pullback.  If this occurs embrace the correction as we from Nov 2018 to Jan 2019.  Market Update April 13, 2019

Random thoughts on the Fed and Stock Market March 2019

In terms of the stock market, until the Fed changes its mind, all sharp corrections have to be viewed as buying opportunities, and backbreaking corrections have to be placed in the category of “once in a lifetime events”, provided of course the trend is positive. That is what we are here for; to inform you if the trend is positive (Up) or negative (down).
The world is going to witness a Fed that has decided to make a cocktail of Coke, Heroin, Crack and Meth and take it all in one shot. Imagine what a junkie on this combination of potent drugs is capable of doing, and you will have an idea of where the Fed is heading in the years to come. Now the Gold bugs will cry “I told you so”. Our response to this statement; not so fast little bugs. While precious metals will do well, we think stocks in key sectors (and we are not referring to Gold stocks) will pulverise the precious metals sector in terms of returns. One such area is robots (particularly Sex-bots) and AI.  Market Update Feb 28, 2019

how to avoid financial fake news

Steve McDonald (SM): The topic this week is information sources. With the president claiming that there’s all types of fake news out there, I have news for him: There’s always been fake news in the money press.

So we have Matthew Carr here today to talk about reliable information sources and why that’s so important if you’re going to get the market right.

Matthew Carr (MC): Thanks for having me, Steve.

SM: It’s my pleasure. We’re not going to get political, I promise you. But is there a lot of fake news in the money press?

MC: Oh, I’m with you. I believe there’s always been some sort of fake news or bias in the press. You know, when I was growing up, we were always taught to read, for example, The Washington Times and The Washington Post.

You read the same story in both publications. They each have a slant either to the left or the right. And you know that somewhere in the middle is the truth. And in the financial press, everybody’s going to pick their sides.

We live in this divided world where our political affiliations sort of dictate everything that we do, so it is important you try to make sure you’re cobbling together the best, clearest picture as possible, and a lot of times that just means pulling from as many sources as possible.

SM: Do you have a primary source of information that you like to use? Full Story

How Social Media Giants Are Fighting The Fake News Menace

In recent times, the issue of fake content has taken epic proportions. Major social media platforms like Facebook (NASDAQ:FB) , Twitter (NYSE:TWTR) , Weibo (NASDAQ:WB) and Alphabet’s (NASDAQ:GOOGL) Google have frequently come under fire for failing to combat the spread of fake news on their platforms.

Social media giants are playing an expansive role in connecting the world, thanks to the improvement in Internet speed and connectivity as well as solid penetration of mobile devices. Per a survey by Pew Research Center last year, 20% of American adults learn about current affairs through social media and only 16% through newspapers.

However, according to the Reuters Institute Digital News Report 2018, the usage of social media and aggregators for news is declining, primarily due to trust and privacy issues, and fake news concerns. The report, which surveyed more than 74,000 people in 37 markets, stated that only 23% of respondents trust the news they find on social media.

Fake news is spread via bots and fake profiles that use cookies to track people’s website visits. Based on that data, fake profilers and bots allure users to view fake content. Notably, this not only fans the flames of misinformation but also creates cybersecurity threats.

Fake news has been responsible for numerous sensitive situations, including terror propaganda and tampering with people’s sentiments about culture, religion and politics. Full Story

How To Invest In A Time Of Fake News?

This election year has created a major challenge for investors: How to deal with the fake news that now circulates daily. The basis of investment fake news is trying to build forecasts and outlooks on political pronouncements. Therefore, we need to ignore the fake flow and focus on facts. Only by doing so can we have a sensible strategy for pursuing returns and controlling risks.

Taking as fact the statements of desire (primarily by President-elect Donald Trump) that drove the election cycle. The problem is that desires often change when the governing period starts, Moreover, the U.S. Government structure and political realities offer no assurance that desires can become reality, either quickly or as envisioned.

Making pronouncements of surefire investment actions based on simplistic interpretations of those statements of desire. This elementary A=B without fact, fulsome reasoning and common sense is an invitation to underperformance or, worse, loss as the contrarian approach turns out to be the correct path.
Ramping up the challenge is the trail of contradictory statements of desire

Based on his Donald Trump’s statements regarding military buildup, the advice is that we should buy defense stocks. However, what about Trump’s roast of Boeing and Lockheed, plus his dismissive attitude toward our NATO allies, a source of foreign sales? Full Story