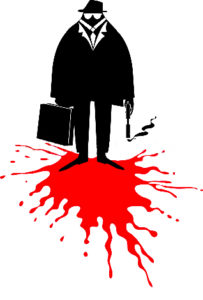 Stock market corrections or stock market crashes: The Dow would have to drop below 9000 to break below the main uptrend line; an unlikely event in the near future. However, this does not mean it’s impossible. Every once in awhile the markets experience a monumental crash that can shave of as much as 60% of the Markets current value.   In this is instance we are using weekly charts; each bar on the chart represents one week’s worth of data.  Straight off the bat, you can see that back breaking corrections translate into long term buying opportunities.  Remember when there is blood in the streets and the masses are in panic mode, the opportunity is knocking.

The first zone comes into play at 16,000. If the Dow closes below this level on a monthly basis then there is a chance it could trade as low as 13,000.  However, based on the current market sentiment, there is very little likelihood of such a scenario coming to pass.  Mass Psychology is very clear when it comes to dealing with stock market crashes. Market crash on a note of Euphoria and bottom on a note of despair. Mass psychology states that optimum time to get into the markets is when the masses are in panic mode.

To trade any lower than this level, the Dow would need to close below the above ranges on a quarterly basis. If it were to do that then the main uptrend line could be tested. Note that this trend will continue to trending upwards, so in 12 months, the trend line could move from the 9000 ranges to the 10,000 plus ranges.

Buy the Fear Sell the Joy

The individuals who arrive at the party late are the first ones to come out and mistake a correction for a crash.The crowd panics when it sees blood in the streets; instead of joining the crowd do something different take advantage of stock market crashes and buy as the crowd dumps quality stocks and flees for the exits.

Crash or correction boils down to the angle of observance

What is stunning to one, could appear ugly to another; it comes down to the angle of observance. Alter the angle and the image changes. Mass media and most experts try to alter the angle and direct you to see what they want you to see. They are in the fear “Selling Business” because fear sells, so they focus on creating a mountain out of a mole hill.

History clearly indicates that the Astute investors build very large stakes when there is blood in the streets.  Moreover, they keep building these positions as long as the main driving force is fear.  Take a look at the current Bull market; the Dow is trading at 22,000 and the masses are still nervous. It’s history in the making. The masses are always on the wrong side of the markets in the long run.

The astute investor always views financial disasters through a bullish lens.  Instead of panicking they take advantage of stock market crashes.

Normality highly values its normal man. It educates children to lose themselves and to become absurd, and thus to be normal. Normal men have killed perhaps100, 000 of their fellow normal men in the last fifty years.
R. D. Laing 1927-1989, British Psychiatrist

Bull and Bear 2019: Which one is the winner?
Buffett Indicator Is Predicting a Stock Market Crash: Pure Nonsense
Experts Are Not Smart Enough to Spot Stock Market Crash 2017
Bear Market nonsense: Experts want you to think Markets are Going to Crash
Identifying Market Trends
What Every Investor Should Know about the Dow Theory?
US Dollar Finally Hit Bottom?
Bitcoin Crash Chart
Dow 22K Predicted In July 2017; Next Target Dow 30k?
Stock Market Crash Of 1929
Nothing about 1987 stock market crash anniversary
Politics and Technology