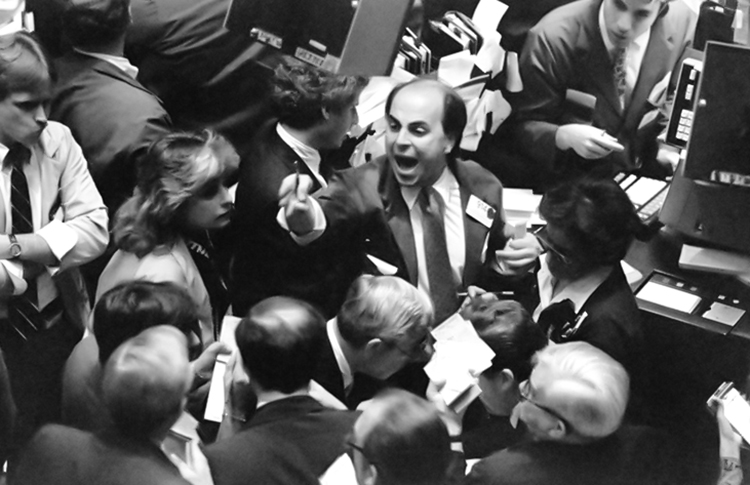 Stubbornness does have its helpful features. You always know what you’re going to be thinking tomorrow.

Expert after expert is busy proclaiming that the world is about to come to grinding halt again.

They never seem to let up on pushing this sewage onto the unsuspecting masses. This is a clear example of insanity in action;  mouthing the same thing over and over again with the desperate hope that this time the outcome will be different.  The outcome will not be different this time, at least not yet. These guys should focus on writing fiction for reality seems to elude them completely. For years we have stated (and rightly so) that until the sentiment changes, this market will continue to soar higher and higher.

Here is a small sample of the flood of articles that were pushed out this month. If one simply glances through them, one would almost be compelled to think that the writers shared the same notes.  There is almost no originality in these articles. The theme is the same, just because it’s October the focus is on the disaster aspect of the 1987 crash. Almost no one mentions that it proved to be a monumental buying opportunity. The focus is oh the financial world came to a grinding halt. Only it did not, the only that came to a halt was the rubbish the predecessors of today’s experts were uttering back in 1987.  This reinforces the view that most financial writers have chosen the wrong profession   One word sums all this nonsense “Rubbish.”

So are we stating that the stock market will never crash?

No that is not what we are stating.  The market will crash, but for the astute investor, “crash” is the wrong word to use. A strong correction is more likely as most astute investors got into this market a long time ago. It is the crowd that will eventually decide to embrace close to the top that will experience this crash that the experts have been hyping about for years.

This market will experience one strong correction before it crashes, but the moment the Dow sheds 1000 points or more these experts will crawl from the rocks they were hiding under and start screaming bloody murder. To which our response is, please scream as loud as you can; for it will push the markets lower creating a better buying opportunity for us.  This is exactly what we said in Aug of 2015 before Trump won and countless times before and after that.

This market is extremely overbought so a pullback ranging from 1500-3000 points should surprise no one and it certainly should not be construed as a crash but viewed as market releasing a well-deserved dose of steam. To state otherwise, would simply be disingenuous, which seems to be the only real qualification these so-called experts posses

Market Sentiment indicates that the crowd is far from Ecstatic 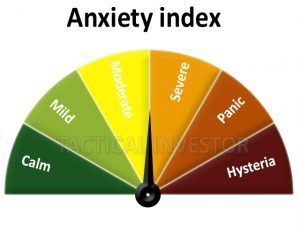 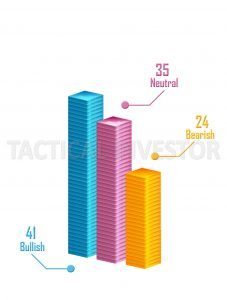 The Bullish sentiment has risen somewhat, and the crowd is not as anxious as it was at the beginning of this month or last month, but until the readings indicate this crowd is euphoric, a crash is unlikely. Many people state that most people don’t have money to invest in the markets. We beg to differ; look at whats going on in the Bitcoin market, now that is a market showing some signs of Euphoria; the stock market in comparison is at the lukewarm stage.

Buy The  Fear & Sell The Noise

The only thing that is going to crash and has been crashing since 2008 is the egos of these “know it all” experts. If any of them had even listened to themselves half of the time; they would have bankrupted themselves several times over. The fact that they are still around chiming the same rubbish is clear proof that they don’t believe a word they are putting to print and therefore neither should you.

Why Not Try Something New For A Change

Make a list of stocks you would love to own at a discount. When the market lets out a nice dose of steam, instead of fleeing for the hills, you can purchase top quality stocks for a discount

The sheer volume of these articles validates our view that the masses are from bullish and a crash is unlikely.  Until the sentiment or the trend changes,  all strong corrections should be viewed through a bullish lens.

Obstinacy is the result of the will forcing itself into the place of the intellect.