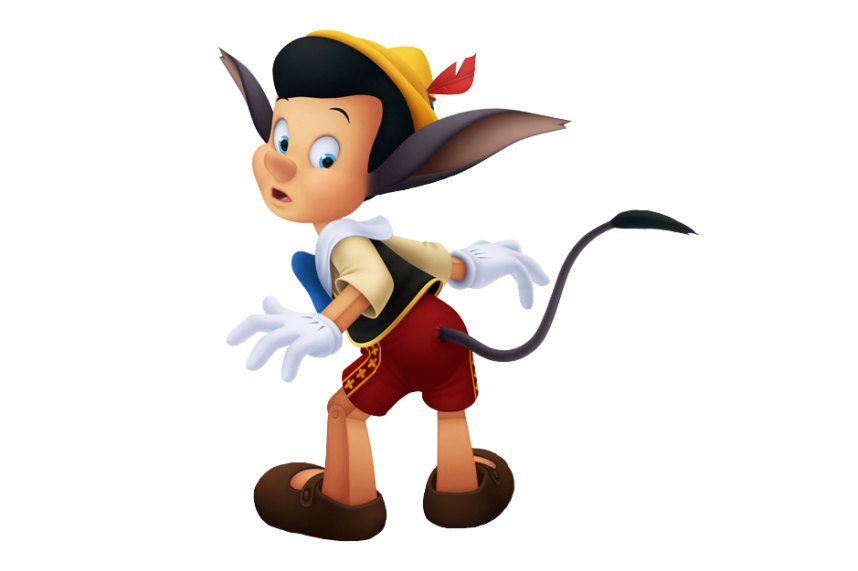 The Stock Market is going to Crash; that’s the rubbish experts want you to believe

One jackass (oops we mean expert) after another, has been predicting that a Stock Market Crash is coming.  The problem is that these brain surgeons have been making this argument for so long it almost sounds like the definition of insanity. Insanity boils down to doing the same thing over and over again and hoping for a new outcome. These predictions are so off the mark that they make a broken clock look fantastic which happens to be right once or twice a day depending on whether you follow military time or not.

This claim is based on the fact that Buffett is sitting on $86 billion in cash. They use this information to create the illusion that this Buffett Indicator 2019 is predicting a stock market crash.

To us, this seems like the ramblings of an insane individual. Just because Warren Buffett is sitting on billions of cash does not mean he is waiting for the market to crash. He is probably waiting for a good deal; that’s all.

Some might point out that it’s the biggest hoard of cash the company has ever built up and that this indicates that Buffett is nervous. Being nervous does not equate to betting on a stock market crash. Buffett is a valuable player and he is looking for a deal, so correction not crash might be all he is waiting for.

Buffett Does not believe stocks are overpriced; hence he is not expecting a stock market crash

While Buffett agrees the market can go through a period of turbulence, he stated that   “no one can tell you when these traumas occur.”

“American business—and consequently a basket of stocks—is virtually certain to be worth far more in the years ahead. Innovation, productivity gains, entrepreneurial spirit and an abundance of capital will see to that,” Buffett said.

Bottom Line Buffett would view these pullbacks that could range from mild to extreme as buying opportunities and so do we.

In a recent article, Buffett stated that stocks were on the cheap side; one does not make a comment like this if one believes the stock market is going to crash

This market is unlike any other market; it has moved from being the most hated bull market to the most insane bull market (fanaticism stock market crash) of all time. In such an environment technical analysis is technically trash and fundamentals are fundamentally flawed. In fact, for the most part, market technicians have no idea of what they are talking about; they figure that by studying someone else theory or drawing squiggly lines on some chart they can decipher the market.

We have dealt with at least 15 so-called expert technicians who claimed to have found the Holy Grail; in the end, their theory was full of holes and could not account for sudden and rapid trend changes. Technical’s do not drive the markets, and neither do fundamentals; emotions drive the market. Understand the emotion, and you can identify the trend. Identify the trend, and you can determine the primary direction of the market. If the trend is up, then you don’t need to worry about crashes or correction; the market will not crash when the primary trend is up. It will, however, experience corrections, all of which will prove to be buying opportunities until the trend changes.

Simple, prudent money management skills will protect your profits and reduce your losses.  Fundamental analysis is even worse; at least technical analysis can be useful when combined with sentiment analysis. Fundamentals boil down to pouring over standard data, and you are usually looking at what happened and not what will happen. We will not spend more time on that topic as in our opinion fundamental analysis is in today’s markets is a total waste of time. 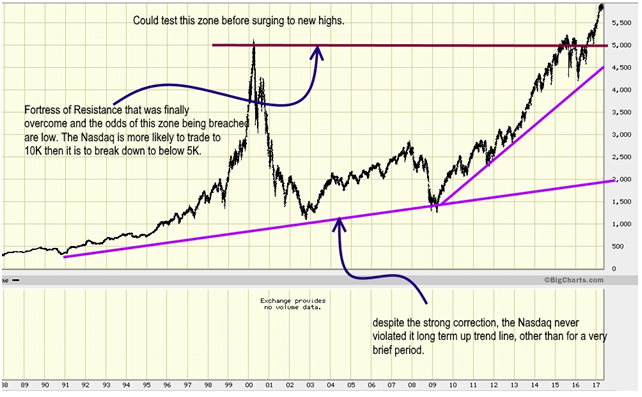 Experts almost always fall into the category of “all talk but no action.”

What many experts fail to understand is that a bull market starts only after the old high has been taken out. Until that occurs, it’s not a real bull market. In that sense, the NASDAQ bull has just started. For over 15 years the NASDAQ struggled to overcome this hurdle. Jack in the box is what comes to mind; so like a coiled spring, it is ready to trade a lot higher before it breaks down.  The NASDAQ has already broken past the psychologically (contrarian investing) significant 6000 level, so the odds are fair to high that it should roughly double from its breakout point; a move to the 9000-10,000 ranges might appear insane now. Experts would have felt the same way if someone told them that the Dow would be trading past 21K after it dropped below 7,000 in 2009.

Don’t expect the upward journey to be smooth; the higher the Nasdaq trades, the more volatile the ride will be. In the interim, it would not surprise us if the Nasdaq eventually dropped down to the 5200-5400 ranges with a possible overshoot to 5,0000 before testing 6700.

Sentiment continues to paint a fascinating picture as it indicates that for the 1st time in decades the crowd is not driven by panic or euphoria.They are uncertain, and uncertainty is the 1st stage of fear, indicating that the markets are a very long way off from hitting the Euphoric zone. 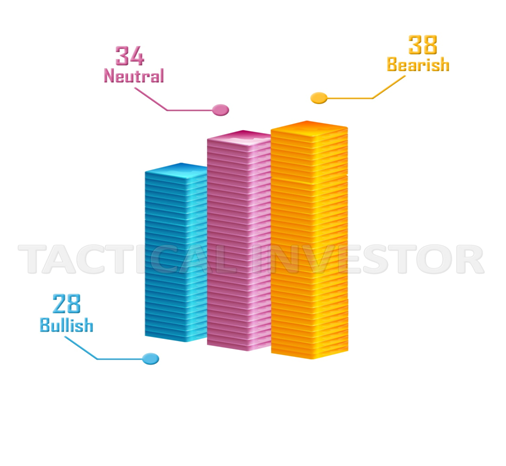 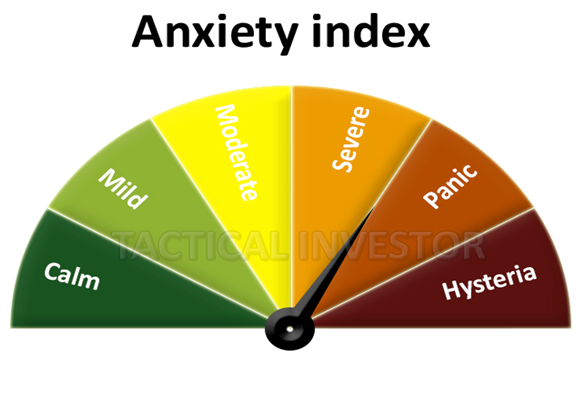 54% of Americans Have $0 Invested in Stocks

Furthermore, according to CNN most Americans are not investing in the stock market

“I have a little bit in my checking [account], a little bit in my savings,” Coomer, a grandma of three who still works 55 hours a week at the gas station, told CNNMoney. Coomer is part of over half of America that has $0 invested in the stock market, as research reports and surveys have found. One survey from Bankrate found that 54% of Americans have no money in the stock market.

That means no money in pension funds, 401(k) retirement plans, IRAs, mutual funds or ETFs. “For the majority of the people here, the stock market is something interesting to look at,” says Chuck Caudill, general manager of the local newspaper, The Beattyville Enterprise.

Therefore until the masses embrace the market, this bull will trend a lot higher as the only way the top players can bank their paper profits is to unload these shares onto the unsuspecting masses.  Many would point out that the masses are broke.  Banks and various lending clubs are already offering unsecured personal loans ranging from $2,000 all the way to $100,000. However, we expect the rates to drop even further but more importantly supportive documentation requirements will be dropped to a bare minimum.  We will move back to the era of Liar Loans

A back breaking correction needs at least two elements; the masses should be euphoric, and the market needs to be trading in the extremely overbought ranges. At the moment, the market satisfies only one of these conditions. A small wave of selling will propel the masses into the hysteria zone, which will create a mouth-watering opportunity. Markets don’t crash when the masses are in disarray; they crash when the crowd is jumping up with Joy.  The experts will probably confuse the next correction for a crash, but what can one expect from individuals who have been on the wrong side of this Bull market since its inception.

This Video Illustrates How the Crowd is manipulated: Fear Mongers love to sell Stock Market Crash and other Doomsday scenarios.  Misery Loves Company so don’t fall for the nonsense that the Buffett indicator is predicting a stock market Crash mumbo jumbo prediction. Instead, try to view stock market crashes as buying opportunities for until Fiat is eliminated the markets will always trend upwards.

Bull and Bear 2019: Which one is the winner?
US Dollar Finally Hit Bottom?
Experts Are Not Smart Enough to Spot Stock Market Crash 2017
Bear Market nonsense: Experts want you to think Markets are Going to Crash
Identifying Market Trends
What Every Investor Should Know about the Dow Theory?
Corrections or Crashes?
Bitcoin Crash Chart
Dow 22K Predicted In July 2017; Next Target Dow 30k?
Stock Market Crash Of 1929
Nothing about 1987 stock market crash anniversary
Politics and Technology