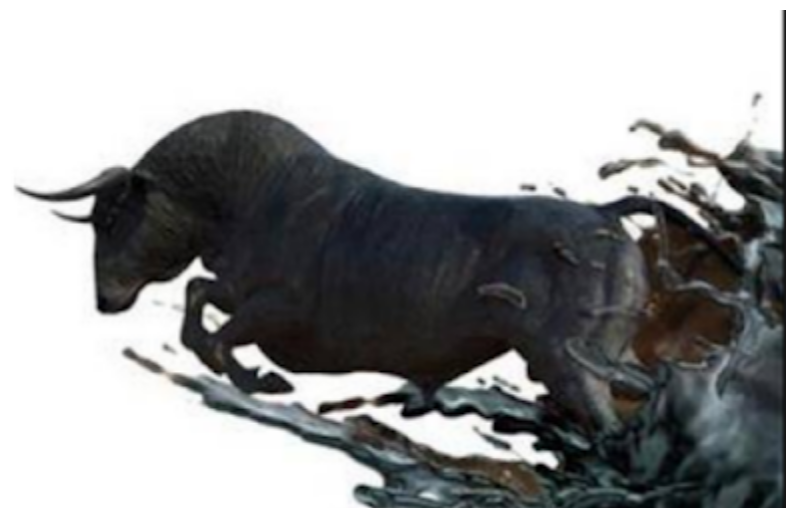 Bull and bear market: Before we get into any commentary take a look at the images and charts below.  Remember that the best time to buy from a long term perspective is when blood is flowing freely in the streets and blood is flowing now. Finally, keep in mind that we have always advocated that crashes are nothing but long term buying opportunities. Pull up a long term chart and you will be forced to arrive at the same conclusion.The Big player’s game strategy is to get individuals to focus on words such as bear market, crash, and end of the world, etc; in doing so, the crowd focuses on the tree and forgets the forest. 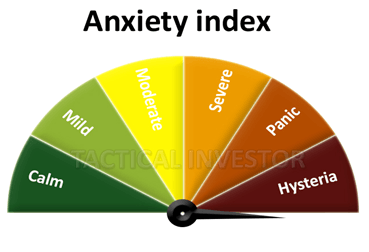 The anxiety gauge has red-lined, and the gauge is in unchartered territory;  it has set an all-time new high. 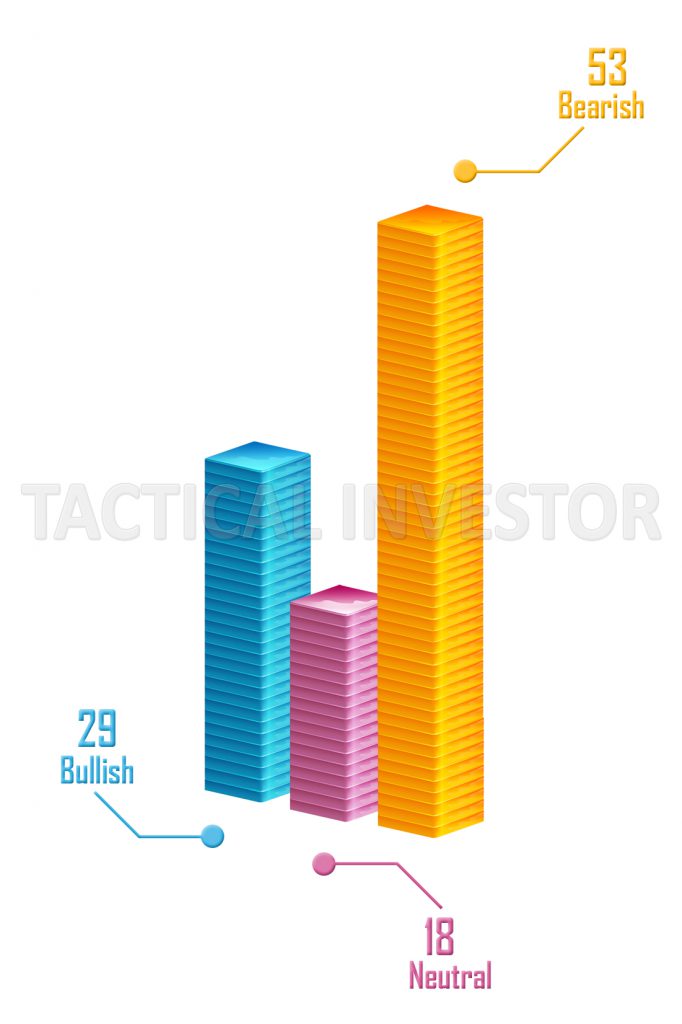 Bearish sentiment is approaching the seven-year high level. Fear and hysteria are trading at off the chart levels.  Mass psychology states that stock markets never crash when the masses are in a state of panic.   Bull markets emerge when the masses panic, so forgot about the what happens if the stock market crashes scenario? If it does crash, run out and buy all the top companies; from a long term perspective stock market crashes are fantastic buying opportunities.

If things were declining retail sales would not be improving. Holiday season retail sales are set to exceed the $ one trillion mark for the first time. 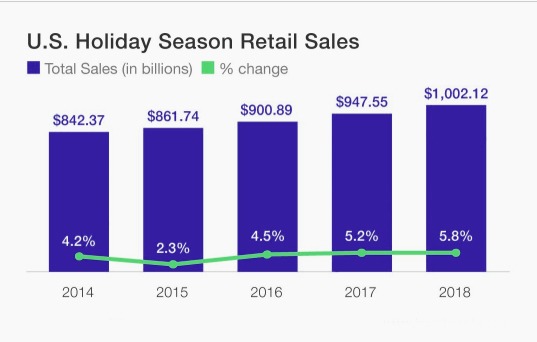 The longest bull market run in history is coming to an end in 2019, according to the pros who handle Wall Street’s big-money clientele.

A survey of institutional investors show that 65 percent see a change coming, with the biggest threats being geopolitical tensions and rising interest rates, according to Natixis, which surveyed 500 managers of pension funds, endowments, foundations and the like. Respondents also included sovereign wealth funds and insurance funds.

In addition to seeing the bull market stopping, they also anticipate the next financial crisis coming in one to five years.

Despite the pessimism over where the market is heading, the collective portfolio allocation to stocks is expected to dip only slightly — from 38 percent to 36 percent. But 41 percent of those surveyed said they will be reducing allocation to U.S. equities.

Allocations are expected to increase slightly for bonds, from 37 percent to 38 percent, and cash, from 5 percent to 6 percent.

“The market is catching up to what they’ve been thinking about. I think they’ve been positioned for this for quite a while,” he said. “For the most part they’re staying put, except U.S. equities.” Full Story

Opinion: A bear market and 6 other forecasts for 2019

A new year is usually a time for fresh starts and empty promises. But investors begin 2019 in a state of high anxiety.

That’s because despite a post-Christmas rally, stocks still had their worst December since 1931 and their worst year since 2008 (both ominous comparisons). By Christmas Eve, the S&P 500 SPX, +0.00% was within 0.2 percentage points of a 20% bear-market decline, before a Santa rally kicked in.

So are we in a bear market? Is recession around the corner? And how will Democratic control of the House of Representatives and the looming 2020 presidential election affect markets this year? Here’s my take.

1. A trade deal with China will boost markets and investors’ confidence. President Trump already has hinted (or tweeted) that trade talks with Chinese President Xi Jinping are making “big progress.” Both men really need a deal—Xi, because of the slowing Chinese economy, and Trump, because of plunging stock prices.

I expect they will cut a cosmetic deal in which Xi makes some concessions, but ultimately Trump will cave on his major demands, as he did with North Korea (which still shows no sign of real denuclearization). But both will declare victory and that will be good enough for hardcore Trumpkins and for Wall Street, which just wants markets to go up.
So stocks will rally sharply… Full Story

AK has been an analyst at long/short equity investment firms, global macro funds, and corporate economics departments. He co-founded Macro Ops and is the host of Fallible.

Is The 2019 Stock Market Crash Over? Or Will The Bear Market Continue?
In this video we’ll do a quick market review to see whether we’re headed higher from here in stocks or if the bear is still creeping behind the corner.

The market is battling through the major supply overhang (red zone) that I pointed out a few weeks ago. I’d expect a selloff from these levels over the next few weeks. This bounce is technically overextended (price is near the upper Bollinger Band) and one more good washout would really set the stage (both from a technical and sentiment point of view) for another major leg higher.

Of course, we don’t need to see a selloff. We could see persistent strength and have the market move higher from here. But, I believe it’s odds on we see a reversal before the market makes another major move.

The market has so far, though, given us a number of things to be optimistic about. Both credit and Cyclical vs Defensives have been confirming this rally; which is just the type of action we need to see in order for a significant bottom to be in place.

The correction of 2008 was warranted as the masses were euphoric in terms of the housing sector; it took a turn for the worse when Lehman brothers were purposely thrown to the curb by the Fed.  Regardless of this development, you can see that the markets were trading in the extremely overbought ranges and masses were euphoric.

The same sequence of events occurred during the dot.com bubble and the not too late Bitcoin bubble. If there were charts, we could demonstrate the exact setup going back all the way to the tulip bubble.  The masses are not euphoric and the markets are not overbought; hence the current pullback most likely falls into the “opportunity” category.