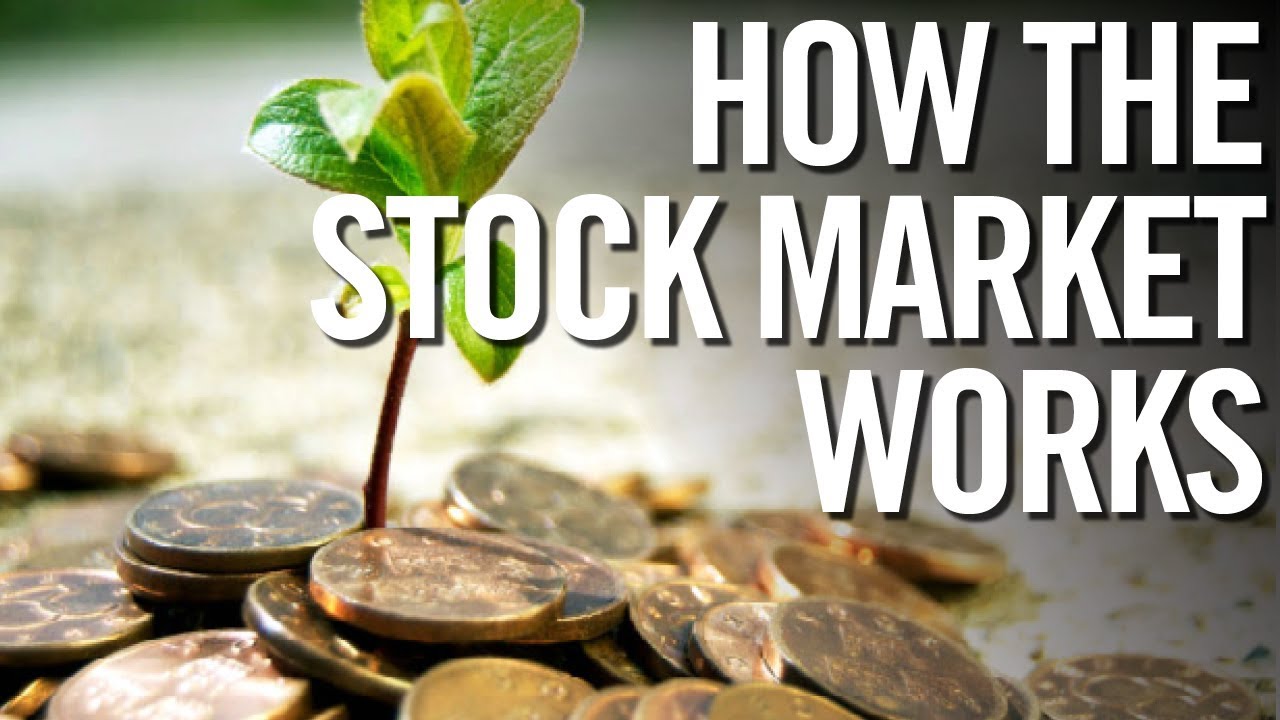 Forever Quantitative Easing is here to stay and this means until it ends, every backbreaking correction has to be treated as a mouth-watering opportunity.

The term forever QE has just started to come into play recently, and mainstream media is most likely going to embrace this term and weaponise it in not so distant future.  However, we first addressed this phenomenon back in in 2015 and here is the link that details what was said at that time  https://bit.ly/2CILKGi

The outlook has only worsened since then; the new tax breaks corporations got will be used to purchase more shares, and the reason is simple, it pays more in the short term to boost profits by reducing share count than in investing in the company. Corporations will continue down this path until new laws are enacted and they will become more emboldened with time. Gone are the days where there was a semblance of caring for the investor; insiders are only concerned with how much they can make and they don’t care if they destroy the company in the process.  Share buybacks are rising and have continued to grow since we first posted that article.

Lesson 2 in Stock Investing For Dummies

Buybacks appear to be nearing a crescendo, with total U.S. stock repurchase announcements crossing the $1 trillion mark in mid-December for the first time, according to Michael Schoonover, the portfolio manager of the Catalyst Buyback Strategy fund (ticker: BUYIX). “There’s been a significant pickup in recent weeks,” with markets in a downdraft, he adds.  Announcements reached $1.08 trillion, with nearly half concentrated in 19 companies, which account for $460 billion of the total. Some of those are listed in the nearby table. Despite the record-setting buyback authorization levels, 2018 has been an unusual year in that fewer companies are accounting for the total buybacks, he says.  Full Story

Take this as an early warning that should the media jackasses start pushing another B.S story, instead of panicking, one should break out of a bottle of champagne, and as the masses panic calmly sip on that champagne and build a list of strong stocks one always wanted to purchase. For those allergic to work, the option is simple; sit back and relax, for we always view crash type events as opportune moments when the trend is positive.  Market update Feb 28, 2019

The wise guys at the Mass Media outlets are already pushing a new narrative. This is how they incept new ideas into the masses; you create doubt and then let that doubt grow. For example, they are making all sorts of dire predictions about Brexit (some of which border on the preposterous), they keep focussing on the calamitous consequences the US will face if there is no trade deal with China, experts are emerging about the dangers of lower rates and an inverted yield curve, etc. Well, think of any garbage and add it to this list.  For that is what these garbage collectors do, they collect waste and try to spin it off as something valuable.

Before the Brexit vote, the naysayers made a great deal of noise of how a “yes” vote would lead to total chaos. So, what happened to that chaotic scene they predicted? We are not taking sides but looking at trends and history, and history is replete with examples illustrating that when “fear” is used as a weapon, the ones to fear are the ones putting this weapon to use.

History also demonstrates that in general individuals favour freedom over serfdom.  Independence can never lead to chaos unless you are impinging on another person’s sovereignty in the process. Whatever narrative the Media is pushing, it is usually the opposing narrative that is true.  According to the experts, the world should have ended several times over, and the Dow should have crashed and never risen years ago.

Lesson Number 3 in Investing For Dummies

Naysayers are always wrong in the long run:

One theme running through all those gloomy predictions of doom is that those making those dire predictions are doomed to be wrong.  Case and point, the dire predictions market experts have made since the market bottomed in 2009. Or the idiotic stance by politicians such AOC on Amazon opening a new Head Quarters in NYC.  This plan would have increased Tax revenues significantly and provided 25K plus jobs. Sam Zell, had some choice words on this topic, that pithily summarises the Amazon fiasco. Observe the video, and you will get a laugh from it as this is another one of those hot mike events

Whether Amazon is fair in the way it conducts its business operations is a separate story; in terms of trends, companies like Amazon need to stop some of their predatory practices or risk being suddenly upended. AI is gaining traction at a stunning rate, and it is going to help many small companies take on industry giants at a speed that will stun these dinosaurs. While experts state that it could AI years to compete with Humans; we feel a major announcement could be made within the next 18-39 months that will stun the world. If this announcement is made, then AI will be smarter than humans in less than 36 months from the date of that announcement.

When uncertainty is running high, the markets are likely to trend higher.

The masses are still uncertain, and we find uncertainty adorable; nothing is more bullish for the markets than an undecided crowd.

The best time to buy is when the masses are in panic mode, and when one feels far from certain about the future of the markets; certainty is the secret word for failure when it comes to the stock markets. Market Update Feb 28, 2019

While you might feel sorry for them, just watch Pluto’s allegory of the cave to see how well the masses will reward you for trying to wake them up. In a nutshell, this development is a very bullish factor for it means that eventually, this market is going to experience what could turn out to be an extreme “feeding frenzy stage”. The crowd will ultimately be so mad they sat and did nothing for so long, that they will double up on this market and their sweet reward as always will be a very sharp guillotine.

Masses will eventually embrace this bull

However, contrarian players will mistake the initial surge in bullishness as a sign that the markets are ready to top out and will end up shedding a lot of tears in the process. At the Tactical Investor, our strategy is different; we will not adopt a position that opposes the masses until the crowd is in a state of ecstasy, in other words, the bandwagon of joy should be ready to collapse before we consider betting against the masses.

As the masses held off for so long, the buying climax could last for an extended period. Remember the equation must always balance. As we are quite far from the “feeding frenzy stage”, there is no point in wasting too much time on it. Suffice to say, this bull market is not ready to die.

This bull market is unlike any other; before 2009, one could have relied on extensive technical studies to more or less call the top of a market give or take a few months; after 2009, the game plan changed and 99% of these traders/experts failed to factor this into the equation. Technical analysis as a standalone tool would not work as well as did before 2009 and in many cases would lead to a faulty conclusion. Long story short, there are still too many people pessimistic (experts, your average Joes and everything in between) and until they start to embrace this market, most pullbacks ranging from mild to wild will falsely be mistaken for the big one. Market Update Feb 28, 2019

One should remember the paragraph above every time the urge to panic starts to rise; no bull market has ever ended on a note of fear or anxiety. Despite the media trying to create a new narrative to prove otherwise for the past several years; they have failed miserably. And this illustrates that news, in general, should either be treated as rubbish or viewed through a humorous lens.

In terms of the stock market, until the Fed changes its mind, all sharp corrections have to be viewed as buying opportunities, and backbreaking corrections have to be placed in the category of “once in a lifetime events”, provided of course the trend is positive. That is what we are here for; to inform you if the trend is positive (Up) or negative (down).

The world is going to witness a Fed that has decided to make a cocktail of Coke, Heroin, Crack and Meth and take it all in one shot. Imagine what a junkie on this combination of potent drugs is capable of doing, and you will have an idea of where the Fed is heading in the years to come.  Market Update Feb 28, 2019

History has shown that investing in stocks is one of the easiest and most profitable ways to build wealth over the long-term. With a handful of notable exceptions, almost every member of the Forbes 400 list of the wealthiest people got there because they own a large block of shares in a public or private corporation. Although your beginning may be humble, this guide to investing in stocks will explain what stocks are, how you can make money from them, and much more.
Have you ever asked yourself, “What is stock?” or wondered why shares of stock exist? This introduction to the world of investing in stocks will provide answers to those questions and show you just how simple Wall Street really is. It may turn out to be one of the most important articles you’ve ever read if you don’t understand what stocks represent. Find out the answer to “What is Stock?” and how it comes to exist …
You probably know that investing in stocks is a way to get rich but very few new investors actually realize how you make money from your shares of stock. Now, you don’t have to wonder any longer. Let’s show you the two ways you can profit from owning and investing in stocks, and some of the factors that determine how fast a company grows. Find out how to make money from owning stocks … Full Story

Investing in stocks is an excellent way to grow wealth. But how do you actually start? Follow the steps below to learn how to invest in the stock market.

“I’m the DIY type and am interested in choosing stocks and stock funds for myself.” Keep reading; this article breaks down things hands-on investors need to know. Or, if you already know the stock-buying game and just need a brokerage, see our roundup of the best online stock brokers.
“I know stocks can be a great investment, but I’d like someone to manage the process for me.” You may be a good candidate for a robo-advisor, a service that offers low-cost investment management. Virtually all of the major brokerage firms offer these services, which invest your money for you based on your specific goals. See our top picks for robo-advisors.
Once you have a preference in mind, you’re ready to shop for an account.

2. Open an investing account
Generally speaking, to invest in stocks, you need an investment account. For the hands-on types, this usually means a brokerage account. For those who would like a little help, opening an account through a robo-advisor is a sensible option. We break down both processes below. Full Story