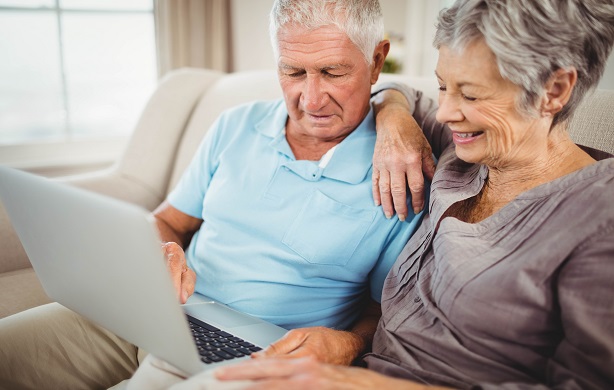 And that is how the Pension lie was conceived; continue reading to find out the details:

The world is going to end, the US dollar is going to crash, Gold will soar to the Moon, and Pigs will fly over it. Well, we added the last bit to throw in some humour. Are you not sick of the stories talking about how things are only set to worsen? If you add all the proclamations made by these so-called wise men for the past 100 years, the world as we know should have ended several times over.

The fact that it has not points out that all those wise pundits were wise only when compared to the reliable donkey.  Life is very short, and most people spend a vast amount of their time focussing on what was, what should be and what could be. How about trying a new approach; enjoy the moment, for that, is all you have.  If you have a decent roof over your head, money in the bank and food, you are infinitely better off than over 50% of the world. Let that sink in for a moment. Anything more than that pushes you, even further up the rung of well-being.

Early Pension Pitfalls: Seeking Wealth Is not Bad, But…..

At least seek it with a smile and not a frown. Enjoy the day as a child would. Have you seen how children can have so much fun with so little and how when they grow up they can’t even have half the fun despite having 10 times more?  We seek things that we are not even sure we need; the seeds were incepted starting from your first trip to the brainwashing centre (otherwise known as school), and if allowed to grow, these fears turn into gigantic monsters.

For example, each year, the experts keep stating a person needs more and more money to retire; here is the sad fact, by the time the average person retires, he/she will be a living zombie. Free thought will be a thing of the past; worse yet, you work until you are 65, but the average life expectancy in the USA is 78.6 years.

The sad fact is you don’t even need half of the ridiculous figures experts are pushing because even at ¼ of the stated figures which are surpassing one million, most of the world’s population stands no chance of achieving the stated goal. The stated goal like everything mass media and the experts push is to get the masses to buy into the lie they are selling and sow the seeds of doubt. Doubt then gives way to fear and paranoia and the rest, as they say, is history.

How do people get their info? Don’t they see the world through a prism? What is this prism for most individuals; TV, and Mass Media?  What if the intention were to provide the masses with the wrong image or ideas, therefore no matter how hard they tried to solve the problem, they would fail, as they would be analysing the wrong data. Think of Pluto’s allegory of the caves.

Early pension release rules
Early pension release, or pension unlocking, means withdrawing money from your pension before the minimum age of 55. Unless you meet specific conditions, you’ll be charged a substantial amount of tax and could risk losing all of your savings to scammers.

Can I release money from my pension?
Following pension reforms in 2015, you can now withdraw as much of your pension as you want from the age of 55. There are some exceptions that entitle you to access your pension earlier, but you may have to pay high fees. Whatever age you decide to withdraw your pension, there are a few things you’ll need to consider.
Once you’ve had your 55th birthday you’ll be allowed to release money from your personal or workplace pension. You can withdraw up to 25% of your pot tax-free, either as a lump sum or in smaller installments adding up to 25%. It doesn’t matter how big or small your pension pot is, everyone is entitled to take a quarter of their savings without paying income tax.

When deciding what to do with the remainder of your pension, there are four main options to consider. You can cash out your pension and withdraw your entire pot in one go, or in a series of lump sums. If you choose this method it’s important to consider the tax implications, as large withdrawals can push you into a higher tax band, especially if you’re still employed and earning a salary. Full Story

Pension liberation scammers claim they can get your money from pensions before you’re 55, but the huge fees and taxes you’ll pay can leave you with nowt for retirement and now scammers are targetting the over 55s as well.
Changes to pensions that came into effect in April 2015 mean that from age 55 onwards you can get access to as much of your pension money as you like, when you want it.

Pension liberation’s a scam that claims to release cash from people’s pension pots before they reach age 55. Promises of early cash are false and are likely to result in you paying big bills, in some cases leaving people with no savings for retirement. Do NOT confuse this with Pensions Liberation Day, which some people call the day (6 April) when pension freedom came into effect.

Victims are usually contacted by email, phone or text by fraudsters trying to trick them into transferring their pension funds to bogus arrangements for a commission fee. Full Story

Use this guide to find out if you are eligible to take money out of your pension from the age of 55. It contains some of the key facts and information you need to consider and ends with answers to some of the most common questions we are asked.

The headline facts at a glance
As long as you are aged 55 or over and have the right kind of pension then you can take money from it. The amount you withdraw is completely up to you and the first 25% is tax free. As you might have guessed, the rest is taxed as income. It is worth mentioning that taking money from your pension in this way is often referred to as pension access or pension release.

Tackling a long-standing financial commitment such as a mortgage, loan or credit card.
Supporting a family member with a big life event such as a wedding or deposit.
Making important upgrades to the house.
These are just a few examples and you might have a completely different reason for wanting to take money early from your pension. Full Story