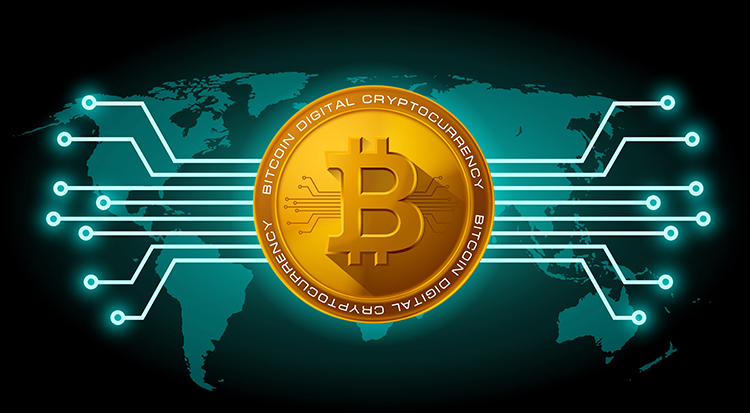 There is no absurdity so palpable but that it may be firmly planted in the human head if you only begin to inculcate it before the age of five, by constantly repeating it with an air of great solemnity. Arthur Schopenhauer

Only those from the hard money camp continued to believe that Gold was a currency,  but sadly their numbers are dwindling with the passage of each day. The masses view Bitcoin as cool and secure; a feat Gold has struggled to achieve and is not likely to achieve in the foreseeable future.  Whether this is true or not, hardly matters for when it comes to investing, perceptions are all that matter.

Does this mean the precious metals sector is dead?

Well, that depends on what one means by dead.   Gold has performed abysmally since (it topped out)  2011.  The money supply soared, and Gold tanked, not exactly a good sign. In doing the opposite of what was expected from it, Gold cemented the view that it was an ancient relic that has no place in today’s monetary system. We are speaking in terms of Mass Perception. What we think, matters not; we follow trends, and we don’t waste time trying to look at things from a personal vantage point.  There are many reasons for Gold’s underperformance after 2011; one of them was the “velocity of the money supply” which all but stalled after 2011. However, the masses don’t waste time on details like this. They look for simple cause and effect answers. Money supply soared, Gold did nothing, and hence Gold is a waste of time.  A bit simplistic but that’s the mass mindset for you.  However, looking forward some factors could limit Gold’s lustre

Demand for Gold continues to drop

India’s gold consumption is likely to drop to its lowest in eight years in 2017, hit by government moves to make bullion trading more transparent and by faltering demand from some rural areas, the World Gold Council (WGC) said on Thursday.

Evidence of weaker appetite in a country where gold is used in everything from investment to wedding gifts could drag on global prices that have been hovering near their highest in three weeks. India is the word’s No 2 consumer of gold behind China. Full Story

The Dollar appears to be putting in a base 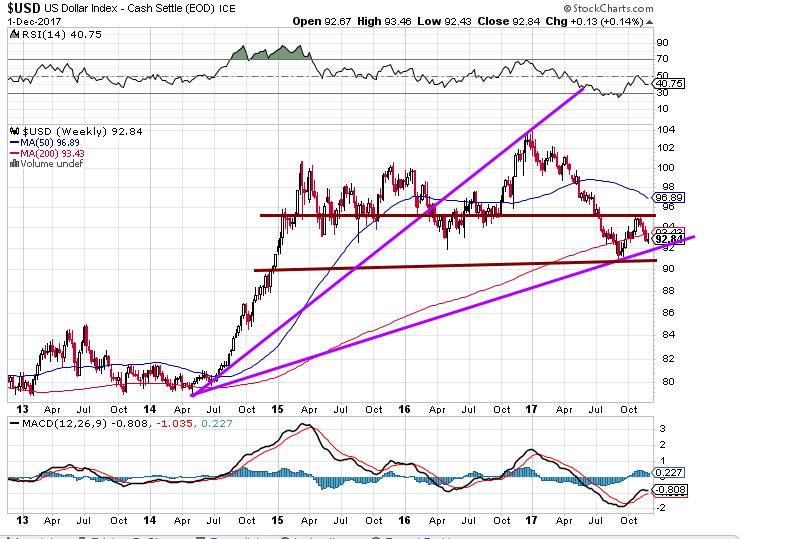 The dollar topped in early 2017 and what did Gold do? Absolutely nothing; instead of surging to new highs it could not even trade past its July 2016 highs.  The dollar, in contrast, has been going through a well deserved period of consolidation after mounting a stunning rally that started in 2011.  It tested support and held, and as long as it does not close below 90 on a monthly basis, the outlook will remain bullish.  Consequently, a monthly close above 94.50 will open the possibility for a test of the old highs.

The dollar is getting ready to mount a rally, demand for Gold is declining, and Gold has been unable to trade past $1350 even in the face of a weaker dollar.   Then we have the Bitcoin market, which the masses (especially millennia’s) find to be a lot more exciting and rewarding than Gold. All these factors don’t bode well for Gold.  It appears that Gold is likely to test the 1000 ranges unless it decides to diverge and trend upwards in tandem with the dollar.   Bitcoin, on the other hand, is now in the feeding frenzy stage, so this market is ripe for a correction. However, the upward move is still not over. After a hard correction, Bitcoin is likely to resume its upward trend.

Gold will probably never experience a move akin to that of Bitcoin, but that does not mean it won’t make for a good investment one day. For now, the trend is neutral;  a weekly close below $1100 will darken the outlook for Gold, but a monthly close above $1350 will indicate that Gold is ready to trend higher.

Word to the wise

Never fall in love with any investment.  In the end, it’s the trend that you should pay attention to, for no sector can trend upwards forever.  The odds of the Dow trading to 29,000 are far better than of Gold trading to $1900.